...and the Ratings are in. Sorry Donald 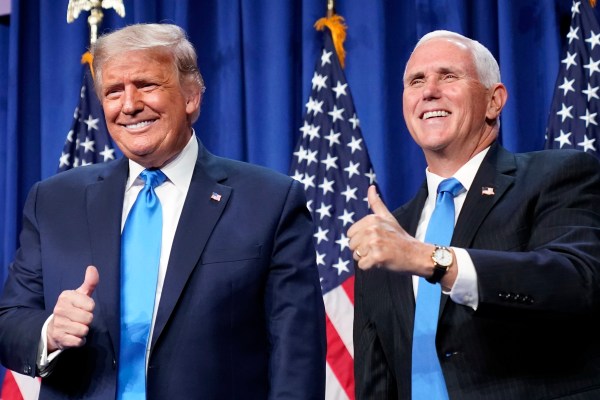 No, it’s the mercury news, they want to force subscribers.

President Donald Trump often loves to tout his TV ratings. But even he might have trouble spinning the numbers coming out of the first night of the Republican National Convention.

Monday’s prime-time festivities attracted a significantly smaller audience than the Democrats did last week, with viewership down on every major broadcast and cable network except the Fox News Channel.

An average of 17 million viewers tuned in for the opening night of the convention, according to Nielsen, which based its stats on 11 channels. That fell short of the 19.7 million who turned out for the first night of the Democratic National Convention.

Perhaps more alarming for the GOP: Monday’s viewership was a sharp drop of about 26 percent from Night 1 in 2016. That year, the Republicans drew an average of 23 million viewers to their opening night, according to Nielsen.

The numbers once again demonstrated a polarization in the way many Americans choose to get their news. While left-leaning MSNBC dominated the ratings during the Democratic event, Fox News — often regarded as an overt Trump supporter — flipped the script as the Republicans took the spotlight.

Due to the coronavirus pandemic, this year’s conventions have been mainly relegated to virtual speeches in nearly empty venues — a dynamic that robs them of the communal energy — and dramatic visuals — that make for better TV.

Pity reply, no one gaf.