Chess moments to live for You have your interests, and yawn at others. You squeal like a stuck pig when the tables are turned, dontcha.

Get back in your tent and ride your trains.

You have your interests, and yawn at others. You squeal like a stuck pig when the tables are turned, dontcha.

Get back in your tent and ride your trains.

Hey Joe, how about that game - lol

Only Tal - and no one stood a chance drunk or sober

Fucking astounding it was, and then they threw the ball - did ya see it?

Someone caught the ball - did ya see it

How about that other game – did ya see it – they are sitting – still sitting – been twenty minutes now – holy crap this is some interesting sitting – wait, one guy touched a piece, no, he put his hand back – and we’re sitting – ooh, more sitting

Hey Wabbit out that shit, that one guy sitting over there he picked up one of those little toys things and then he moved to a different square, I can’t believe that shit!..and then the other guy he sat and looked at what the first guy did for like 10 minutes!

Further, being “only a game” is perhaps not really a detriment but a secret
advantage. Chess is one of the great inventions of the human mind, and
its mass appeal through history is owing to its form as a game. Far
fewer would study it in any depth if it were a purely philosophical or
mathematical exercise—or even a religious ritual. But as a game, it cuts
across all cultural and religious backgrounds; it appeals to the
dabbler as well as to the totally dedicated player and student of chess.
What begins as the simple fun of a game, the satisfaction of a win,
matures into the “aha!” of discovery and the sophisticated enjoyment of a
mating combination, and can flower into a highly refined and evolved
appreciation of truth and beauty.

There is a wisdom and medium for self-knowledge and self-development in chess
that is disguised, we might say, in the game. In this respect, perhaps
it is similar to Tarot cards, which conceal wisdom in the form of a deck
of playing cards or fortune telling cards. In both cases, origins are
shrouded in mystery. Does chess have a higher origin and teaching? Or is
it merely a war game? I do not intend to offer a definitive answer, but
I hope to shed some light on how we can relate to chess as if it were a
gift from the “goddess.”

Just fucking with ya Big Duke

Just fucking with ya Big Duke

Actually, you should read it - it’s good

Today’s puzzle was cute. An object lesson in how doubling yer rooks is not ALWAYS wise.

Specially when they’re on the other side of yer board. This one seemed easy to me. I am a chess idiot, haven’t played in decades, and I got this in my first guess.

OK, n00b question… what if the black king’s response is to move a pawn up so he has an escape? My first thought was “if he takes mine, I take his and checkmate, if he doesn’t take mine I move the other rook and checkmate, if he blocks my other rook I take it and basically checkmate on the NEXT move.” If the BK gives himself an out it’s not such a simple puzzle. But he didn’t when I played the puzzle and i dunno why.

Well, assuming you started with Bc8 rather than Rc8, Black can avoid immediate mate by pushing the f or h pawn as you say. But then you just take his b7 rook, winning the exchange, and you should have an easy time converting that material edge into a win.

Ah, of course, the bishop has more uses… this is why I suck (ya I went Bc8 to start thinking I wouldn’t want to trade rooks) 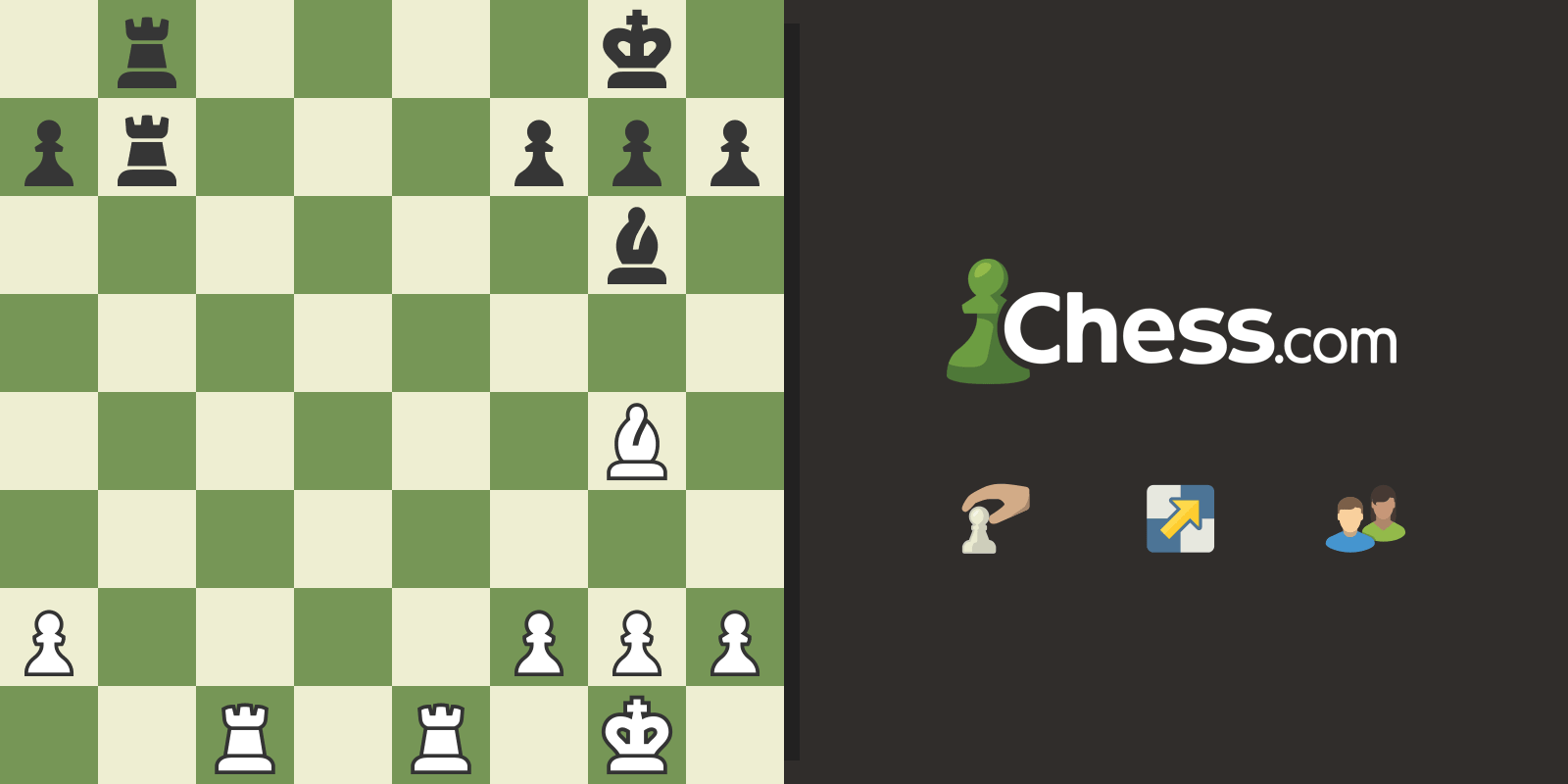