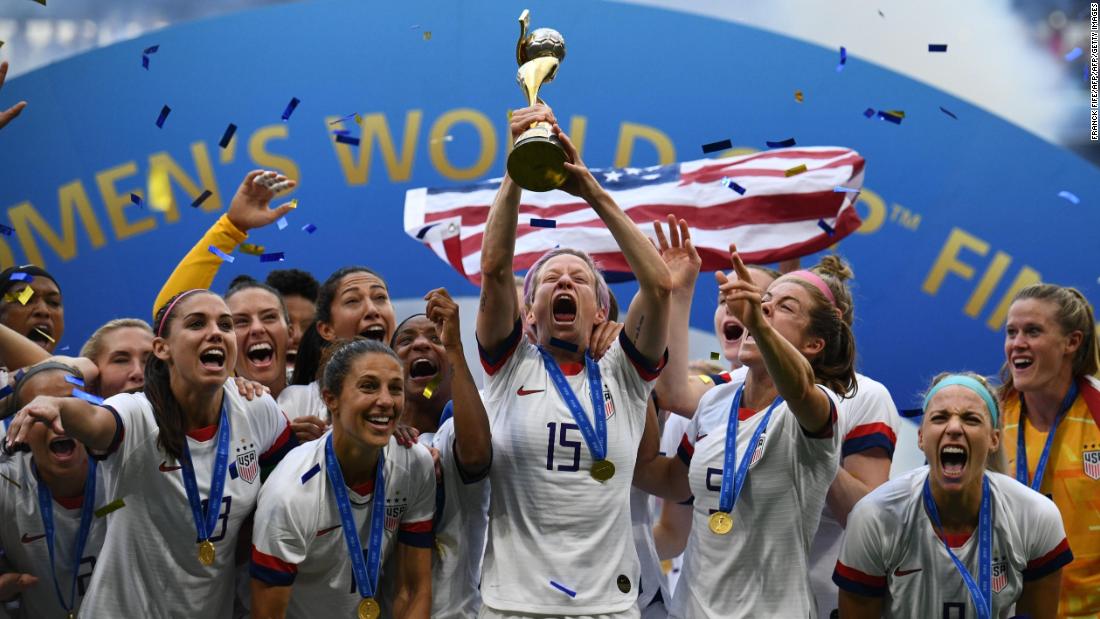 When a Women's World Cup novice is faced with a foe as experienced and ruthless as the USWNT, the outcome is almost inevitable and so it was on a muggy afternoon in Lyon when the reigning world champion defended its title with a comfortable 2-0 win...

Fox News went to a bar in Lyon for a live shot with U.S. fans in the background. It ... did not go as planned!

This team is SO awesome and by this team I don’t JUST mean 2019. THIS team, the won that won the first Women’s World Cup. The team that has won World Cups in Asia, Europe and 2 in North America. They just win. They barely lost another to Japan. There is no better team that reps this nation. You can say basketball but that’s just so stale anymore. It’s why hockey in the Olympics was exciting and when the pros went basketball wasn’t; in hockey six nations truly had a chance to win.

Such a rich history. I’m getting an Alex Morgan jersey cuz I want a 4 star jersey and she’s also, like myself, a huge FC Barcelona fan

I’m not a team jersey guy, but I might get a Rapinoe, because fuck trump

Why the hell not? She’s All-American. She’s like the Babe Ruth of women’s soccer. I know the others have scored more but the bigger than life Avenging Purple Haired Lesbian Star attitude makes it so.

Holy smokes, as you might expect, Amazon has shitloads of stuff. I wouldn’t wear this without carrying, but I might order one for my gay foster daughter person.

I wouldn’t wear this without carrying

It’s not like people are going to attack you for wearing a shirt.