I bought a 2021 Bronco! And it arrives in Oregon (taxes are theft) the first of the year.
Should be fun, my buddy already has tires and wheels made up and set to the side for me

Another Z06 or Miata. I was in the market for a Supra at the end of this deployment originally.

Are we planning for a Mad Max era, then?

Is that yours? Nice! I see a few of those around hear, they did a nice job capturing the old bronco’s look First white I’ve seen looks good

Boro makes a lot of money for a rockpainter

He must be back at Boeing, I’m sure he’s pulling down some decent currencies for a young buck. (Plus he’s been overseas, where you can live without spending money, other than for Oakleys and Budweisers)

I return back to Boeing on the 7th.
Being able to pay MSRP, having some money saved up surely helped- but it is a cheap base model.

I like the white, the two I see around here the most are a drab dk blue, and a black one that is only so so looking imho,

Stop by and say hey now and then, your Aunt’s and Uncles like hearing from you. 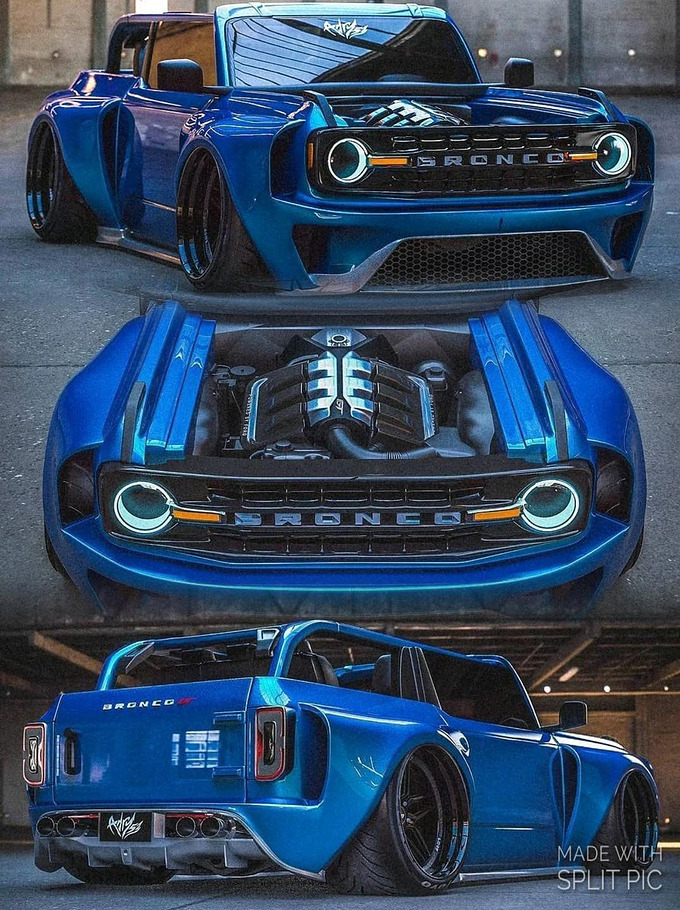 Is it street legal to be lower than your tire thickness? I thought it wasn’t.

I think this item comes under the “Show Truck” category. Something to drag around to car shows and collect Trophies with.

Yes, I expect so. Seems like a silly way to pour money into a hole, except I’ve done some of it myself.

But I never got into Trailer Queens. When I was in the “old car hobby” I only messed with things I could actually drive to the show. At one time I picked up a 57 Chevy one and a half ton COE truck that I had fuzzy dreams of turning it into a car hauler for my 55 Coupe deVille with the factory dual quad engine, but I ended up cleaning them both up to a weak #3 state, owning them for a while, and then unloading them. The only car out of all of those that I was able easily to take to #2 state was a 67 Corvair coupe with only 21K documented miles, so it was feasible. But I never even showed it; the guy who was working on it for/with me wanted it so bad I just sold it to him for what I had in it.

That was 30 years ago and he still has a Corvair but not that one.

This is photoshopped though, the picture surfaced before deliveries

Hmm that must be what the Split Pic watermark is about. I hadn’t paid attention to that b4