A POTUS so nice they impeached him twice

And apparently by the widest margin of victory, so once again Trump is a winner,

Senate Majority Leader Mitch McConnell would not agree to bring that chamber back immediately, all but ensuring a Senate trial could not begin at least until Jan. 19. Still, McConnell did not rule out voting to convict Trump in the event of a trial.

Lock him up! Sedition and inciting an insurrection! Treason…

The rest were no.

It’s being reported that many voted no because they feared for their family’s safety. This is the America they have cultivated.

Dan Crenshaw has finally started “bad-mouthing” Trump in posts, but doesn’t think impeachment is necessary, he’s carried Trump’s water since he(Dan, elected after Trump in 18) was elected,</ETA, Dan C. abstained> so that’s something.

Valadao is the GOP asshole who won in my home district (CA-21) and resides in my hometown. My parents can’t stand the guy.

Well maybe he just bought himself a tiny little shot of redemption.

I’m no fan of kinzinger - he’s my congressman - but this is an act of political courage and integrity, and I salute him for it. 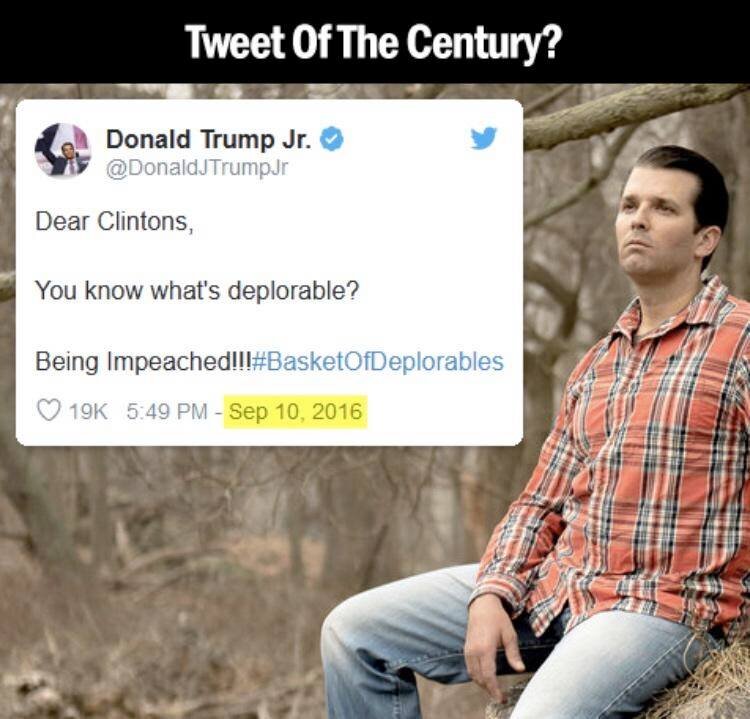 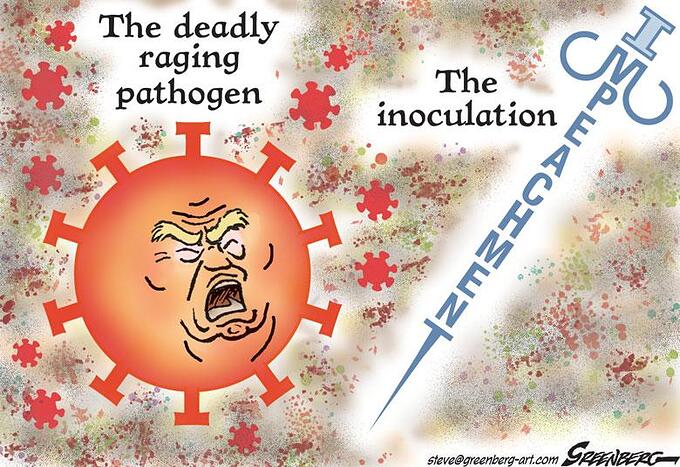 The Dem leadership is simply terrified that Trump will run in 2024…and win!

What are the top Repubs terrified of, then? 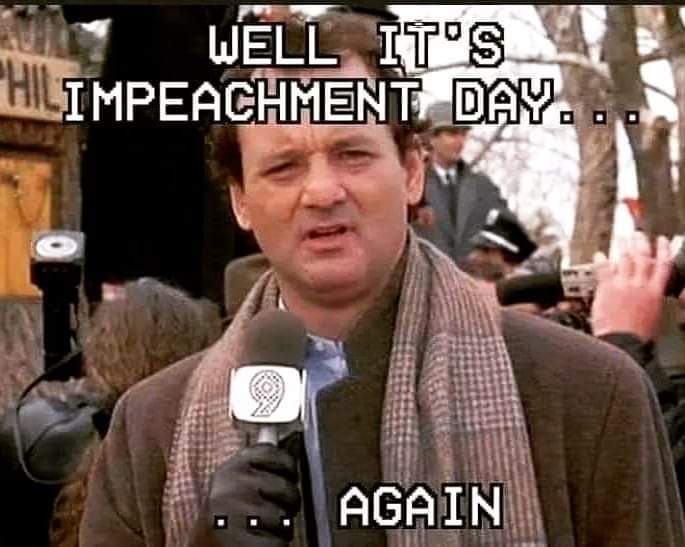 They actually represent the large global corporations and they have concerns about their future funding.

Not to worry, Don… 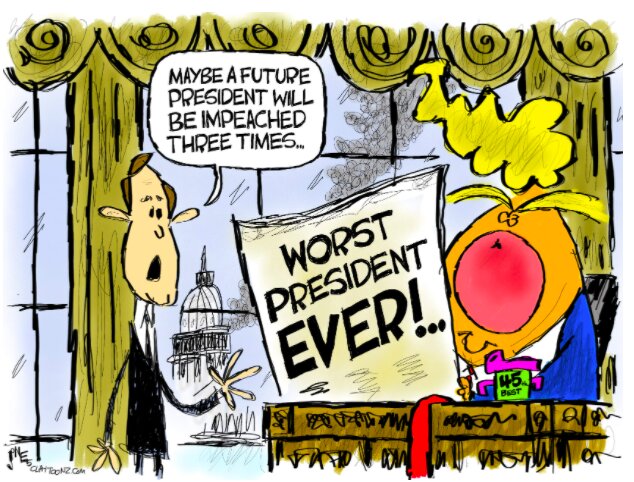 Why would he win? He never got majority vote… in either election. 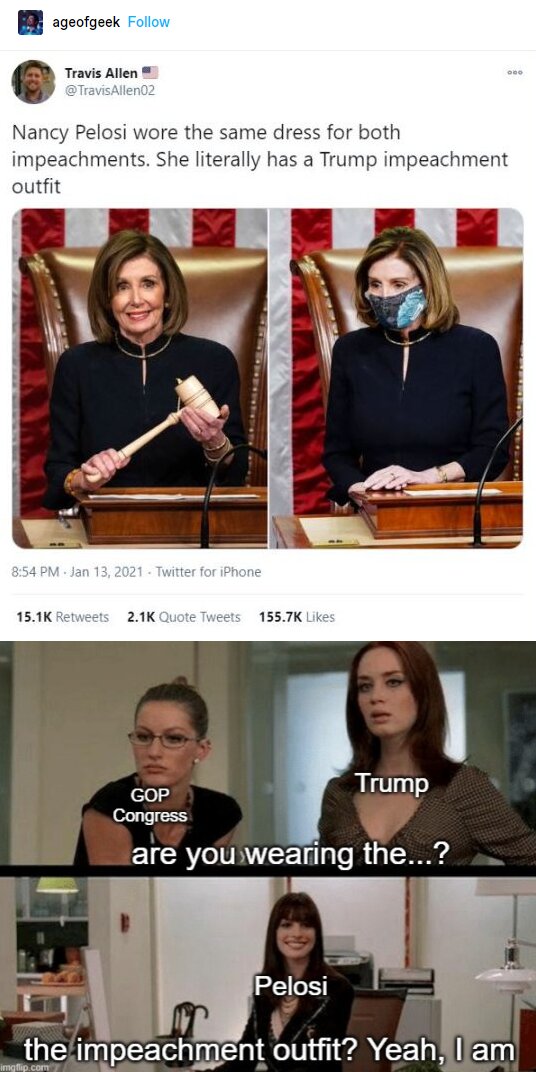 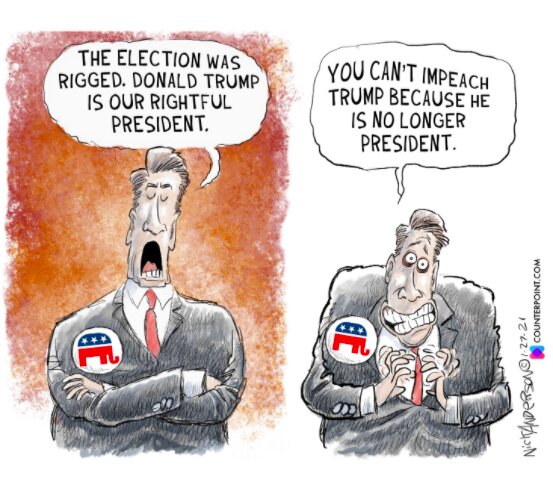 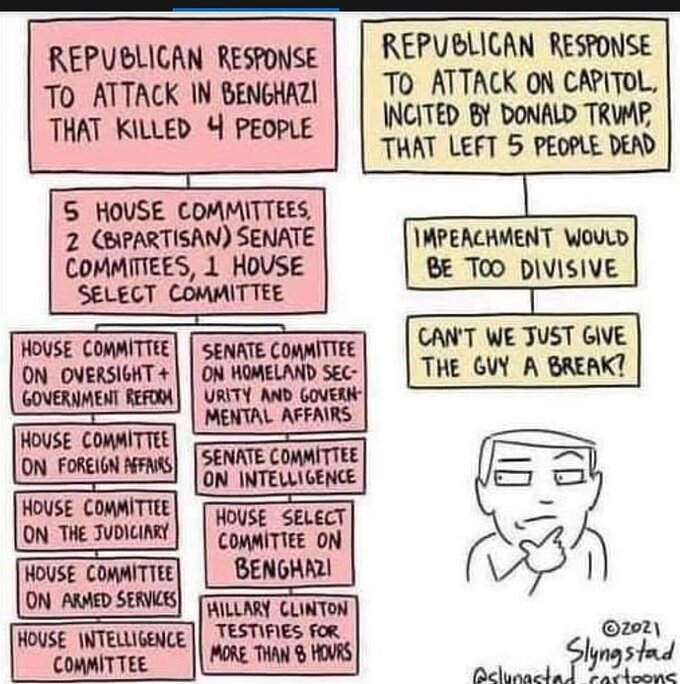