Another GOP congresswoman lays an egg 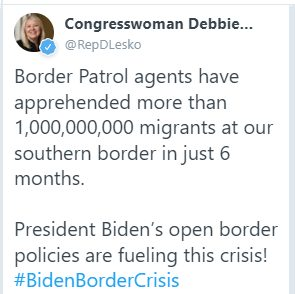 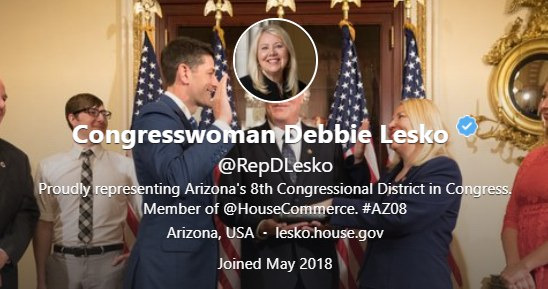 According to Arizona Congresswoman Debbie Lesko, Border patrol has apprehended MORE THAN ONE BILLION migrants in the last six months.

ONE BILLION. In six months.

One billion. Wow. That’s like five and a half million immigrants arrested PER DAY. Where are they putting them all?

One billion. The entire population of Mexico is only 131 MILLION. Where the hell are these people coming from?

Maybe we shouldn’t have fired all the math teachers.

so due to illegal immigration the equivilence of the entire Americas from bow to stern has invaded the USA, when did they come from?

Besides, if we apprehended them, it’s not really an open border, is it?