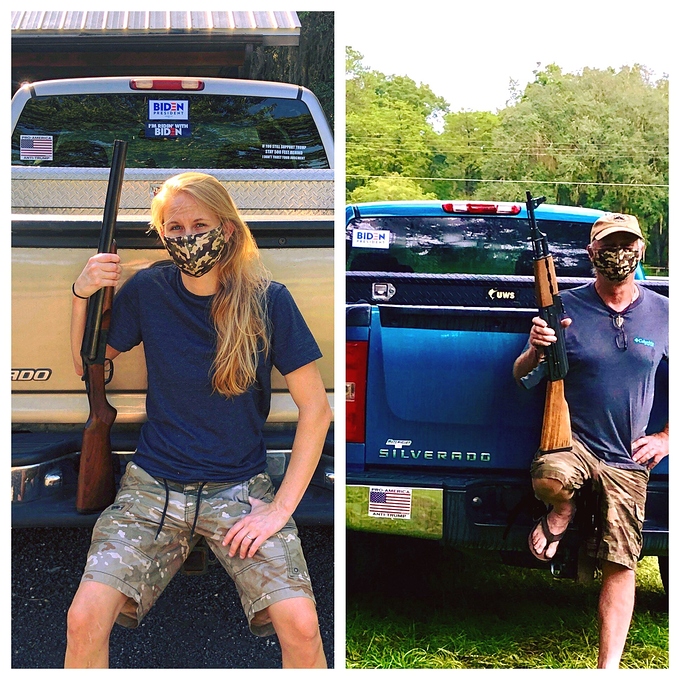 My dad and I have a message for southern, pickup truck-driving, camouflage-wearing, Christian, gun-owning white people…you don’t have to support Trump.

Somehow, there’s been a conflation of identity, where people feel that to be “southern” means they must also vote republican, defend the Confederate flag, condone white supremacy, and hate democrats. But guess what - the best way to demonstrate your southern pride and patriotism is by denouncing unamerican values like bigotry and hate.

Fellow southerners - what is it that you think you have in common with Donald Trump that makes you so enamored by him? Seriously.

He’s not southern - he was born in New York City with a silver spoon in his mouth and he never left.

He’s never worked for anything in his life - his father gave him $1 million dollars to start his business, and he still declared bankruptcy 6 times. He doesn’t even pay his taxes like the rest of us, and we foot the bill for his extravagant lifestyle.

He’s not religious, he doesn’t go to church or even belong to a church, he doesn’t pray, he’s openly committed adultery with each of his wives, and he is the literal personification of the biblical sins of pride, greed, wrath, envy, lust, and gluttony. Y’all…I’m pretty sure Jesus said “love thy neighbor, feed the hungry, heal the sick,” not “strip thy neighbor of healthcare coverage, build a wall to keep out those who look different, and demand the arrest of anyone who disagrees.”

Joe Biden will not take our guns. Biden, like myself and the majority of Americans, believes in common sense gun regulations. If you’re not at all concerned about how many people have obtained military-style assault weapons (designed for our military specifically to enter and shred everything inside of the body so that you bleed to death on the battlefield and require the assistance of additional soldiers) and used them to massacre innocent school children, those attending church and synagogue services, families shopping at Walmart, concert attendees, and more…then you need to do some soul searching. (And also, please don’t call yourself “pro life”).

Joe Biden believes in America - all of America. He does not disparage, ridicule, and attack half of the country, because he is not a fragile narcissist. He will not “hurt the Bible” or “take away the Second Amendment” - rather, he will restore the integrity and decency of this nation, and bring our country closer to realizing its promise of freedom, equality, and justice for all. Your “southern pride” and identity isn’t threatened by Joe Biden, it’s threatened by the man who is currently making a mockery of our country in order to feed his fragile ego and line his pockets. #SouthernersForBiden