…William Shockley and his ideas on the Bell Curve. CRT sounds like Shockley’s ideas dressed up all pretty like. At the time his ideas were too hot to handle. I believe in treating everybody as an individual.

What do you think?

May we assume that the acronym means to designate critical race theory, rather than cathode ray tube or capillary refill time or cardiac resynchronization therapy, or something else entirely?

I ask because as a “lib” I don’t use the term “critical race theory” nor especially respond to it. I think it’s an artificial construct invented by racists, cons and other low functioning sorts to dismiss the interest "libs’ have in systemic racial inequality by making it out to be a marxist plot designed to trigger snowflakes.

Besides, we don’t want wypepo to feel teh sads about it, because that would be too snowflakey.

I think it’s an artificial construct

Up until 2 months ago I had never heard of the term. I am just curious as to what others think of the term. I remember back in the days of Shockley and the Bell Curve the MSM was up in arms over his statements about race. I just find it interesting.

I remember back in the days of Shockley there was no racial honesty; I remember a White female writer admitting that when she walked down the street at 11 PM and she saw a group of 4 Black toughs walking towards her that she was scared to death. I found that refreshing. At that point in time you were supposed act as though they could have been 4 Priests. LOL

I think it’s an artificial construct invented by racists,

Apparently they have been teaching it in the schools for a long time now. Deserves a little searching I think.

I think that “what they’ve been teaching in the schools” depends strongly on where those schools are located, don’t you?

It’s not as though some cabal of lefties has IMPOSED a curriculum of honest history upon every school in the country. In fact, the state of Texas has a great deal to say about the majority of school textbooks currently available.

Because, you see, there is a big difference between “theory” and “history.”

A friend recently told me that the difference between reality and theory is greater in reality than it is in theory.

And do not discount the malicious actions of the Daughters of The Confederacy in white washing the history of slavery over the past several decades. 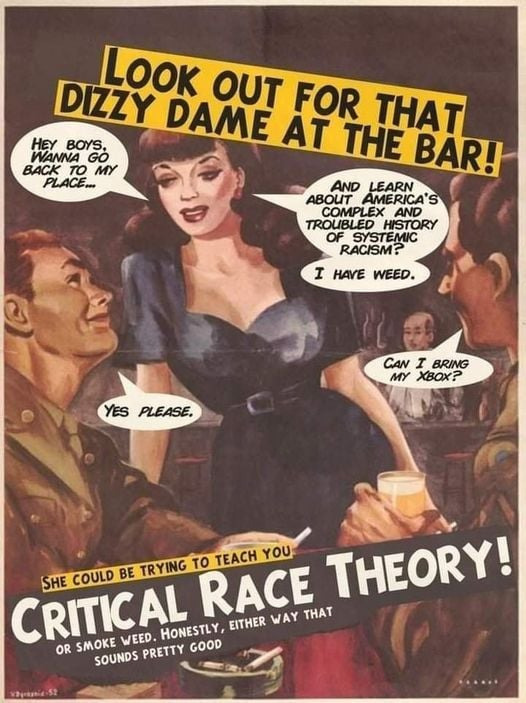 First they want to keep their racist statues up to “preserve their history” but then they don’t want us talking about, teaching or especially being critical of that racist history they’re trying to preserve. Conservatives are afraid to talk about EVERYTHING… fucking snowflakes.

I don’t pay that much attention to politics but it seems that CRT puts forward the notion that all people are the same, no matter their race(s), religion(s), sex(s) etc. and that overgeneralizing is the an OK correct thing to do. That is wrong. We are all individuals. Period…

Discussions around CRT confuse me. My understanding of CRT is it looks at the complex social, legal, political and economic systems in place and uses those systems to explain racism rather than we are all individually racist or not.

You’d have to be blind, deaf and dumb not to see how our social order creates racial inequality.

Your new names are Chip and Brad, and you’ll wear Chinos and Oxford Cloth Shirts, from now on. 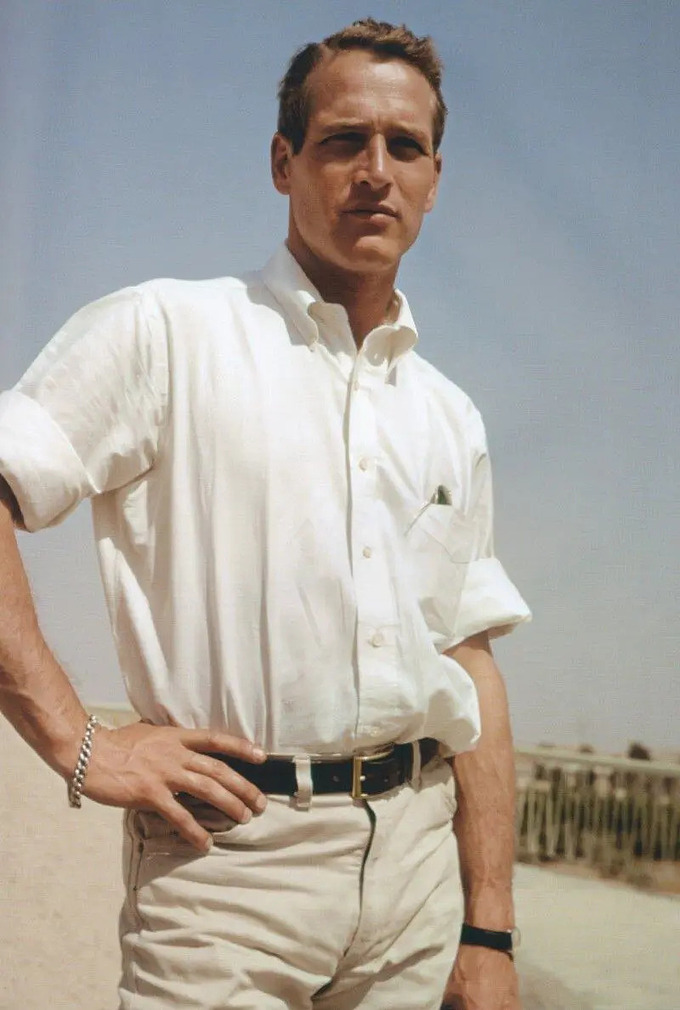