Do you want Sharia Law, because approving Amy is how you get Sharia Law

I Survived Theocracy. The Amy Coney Barrett Hearings Horrify Me.

The Absurd, Gut-Wrenching Spectacle of Watching America Implode — By Way of Fascists and Fanatics

Imagine that there was a woman who had agreed to submit to her husband, who in turn had submitted to the head of a sect, who had in fact matched them, both part of a sect where there was no dividing line between personal and private life, because everything — everything — was done as a crusade for God, and if you weren’t one of the pure, you were going straight to hell.

If that woman was a Muslim, we’d call her, rightly, a fundamentalist — and say that she belonged a sect so extreme it rivalled the Taliban.

That’s who’s about to have a seat on America’s Supreme Court. Since she’s a nice white lady, she gets a free pass — but she shouldn’t.

She has shifty eyes. Untrustworthy. 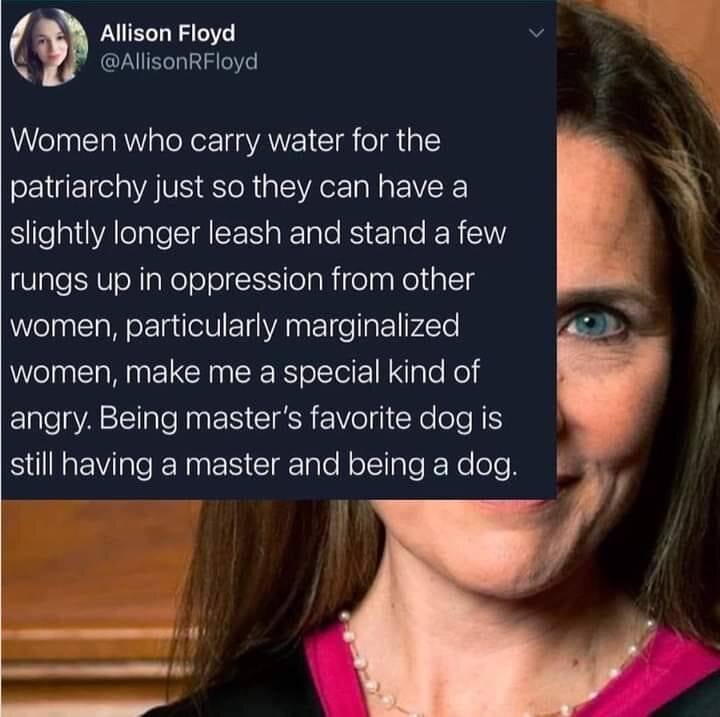