Donbas Patriot's message to the Ukraine oligarchs and other scum

Obama and McCain are getting ready to lose all of our money they wasted on their conniving in the Ukraine and their puppet Porkystinko will hopefully end up hanging from a lamp post like Mussolini.

Liveleak.com - Ukrainian army counter-attacked and trashed by DPR at Saur-Mogila

I don’t understand the Ukraine situation but lots of what he said applies to our own oligarchy.

I don’t understand the Ukraine situation but lots of what he said applies to our own oligarchy.

Basically the CIA and State Department spent billions of US dollars on far right neonoazi groups in the Western Ukraine, Svoboda and Right Sector if you want to look them up, to overthrow the Russian friendly leader there last spring. Then after their fascist brownshirt revolution/coup fully endorsed by the US gov. of course, they banned the Russian language which half of the Eastern part of the country speak, declared them all terrorists and started the ethnic cleansing, again with the full backing of the US gov…

Chris Hedges boils it all down this week…

I was in Eastern Europe in 1989 reporting on the revolutions that overthrew the ossified communist dictatorships that led to the collapse of the Soviet Union. NATO, with the breakup of the Soviet empire, became obsolete. President Mikhail Gorbachev reached out to Washington and Europe to build a new security pact that would include Russia. Secretary of State James Baker in the Reagan administration, along with the West German Foreign Minister Hans-Dietrich Genscher, assured the Soviet leader that if Germany was unified NATO would not be extended beyond the new borders. The commitment not to expand NATO, also made by Great Britain and France, appeared to herald a new global order. We saw the peace dividend dangled before us, the promise that the massive expenditures on weapons that characterized the Cold War would be converted into expenditures on social programs and infrastructures that had long been neglected to feed the insatiable appetite of the military.

There was a near universal understanding among diplomats and political leaders at the time that any attempt to expand NATO was foolish, an unwarranted provocation against Russia that would obliterate the ties and bonds that happily emerged at the end of the Cold War.

How naive we were. The war industry did not intend to shrink its power or its profits. It set out almost immediately to recruit the former Communist Bloc countries into the European Union and NATO. Countries that joined NATO, which now include Poland, Hungary, the Czech Republic, Bulgaria, Estonia, Latvia, Lithuania, Romania, Slovakia, Slovenia, Albania, Croatia, Montenegro, and North Macedonia were forced to reconfigure their militaries, often through hefty loans, to become compatible with NATO military hardware.

There would be no peace dividend. The expansion of NATO swiftly became a multi-billion-dollar bonanza for the corporations that had profited from the Cold War. (Poland, for example, just agreed to spend $ 6 billion on M1 Abrams tanks and other U.S. military equipment.) If Russia would not acquiesce to again being the enemy, then Russia would be pressured into becoming the enemy. And here we are. On the brink of another Cold War, one only the war industry will profit from while, as W. H. Auden wrote, the little children die in the streets.

The consequences of pushing NATO up to the borders with Russia — there is now a NATO missile base in Poland 100 miles from the Russian border — were well known to policy makers. Yet they did it anyway. It made no geopolitical sense. But it made commercial sense. War, after all, is a business, a very lucrative one. It is why we spent two decades in Afghanistan although there was near universal consensus after a few years of fruitless fighting that we had waded into a quagmire we could never win.

In a classified diplomatic cable obtained and released by WikiLeaks dated February 1, 2008, written from Moscow, and addressed to the Joint Chiefs of Staff, NATO-European Union Cooperative, National Security Council, Russia Moscow Political Collective, Secretary of Defense, Secretary of State there was an unequivocal understanding that expanding NATO risked an eventual conflict with Russia, especially over the Ukraine.

“Not only does Russia perceive encirclement [by NATO], and efforts to undermine Russia’s influence in the region, but it also fears unpredictable and uncontrolled consequences which would seriously affect Russian security interests,” the cable reads. “Experts tell us that Russia is particularly worried that the strong divisions in Ukraine over NATO membership, with much of the ethnic-Russian community against membership, could lead to a major split, involving violence or at worst, civil war. In that eventuality, Russia would have to decide whether to intervene; a decision Russia does not want to have to face. . . . Dmitriy Trenin, Deputy Director of the Carnegie Moscow Center, expressed concern that Ukraine was, in the long-term, the most potentially destabilizing factor in U.S.-Russian relations, given the level of emotion and neuralgia triggered by its quest for NATO membership . . . Because membership remained divisive in Ukrainian domestic politics, it created an opening for Russian intervention. Trenin expressed concern that elements within the Russian establishment would be encouraged to meddle, stimulating U.S. overt encouragement of opposing political forces, and leaving the U.S. and Russia in a classic confrontational posture.”

The Obama administration, not wanting to further inflame tensions with Russia, blocked arms sales to Kiev. But this act of prudence was abandoned by the Trump and Biden administrations. Weapons from the U.S. and Great Britain are pouring into the Ukraine, part of the $1.5 billion in promised military aid. The equipment includes hundreds of sophisticated Javelins and NLAW anti-tank weapons despite repeated protests by Moscow.

The United States and its NATO allies have no intention of sending troops to the Ukraine. Rather, they will flood the country with weapons, which is what it did in the 2008 conflict between Russia and Georgia.

The conflict in the Ukraine echoes the novel “Chronicle of a Death Foretold” by Gabriel Garcia Marquez. In the novel it is acknowledged by the narrator that “there had never been a death more foretold” and yet no one was able or willing to stop it. All of us who reported from the Eastern Europe in 1989 knew the consequences of provoking Russia, and yet few have raised their voices to halt the madness. The methodical steps towards war took on a life of their own, moving us like sleepwalkers towards disaster.

Once NATO expanded into Eastern Europe the Clinton administration promised Moscow that NATO combat troops would not be stationed in Eastern Europe, the defining issue of the NATO-Russia Founding Act on Mutual Relations. This promise again turned out to be a lie. Then in 2014 the U.S. backed a coup against the Ukrainian President Viktor Yanukovych who sought to build an economic alliance with Russia rather than the European Union. Of course, once integrated into the European Union, as seen in the rest of Eastern Europe, the next step is integration into NATO. Russia, spooked by the coup, alarmed at the overtures by the EU and NATO, then annexed Crimea, largely populated by Russian speakers. And the death spiral that led us to the conflict currently underway in the Ukraine became unstoppable.

The war state needs enemies to sustain itself. When an enemy can’t be found an enemy is manufactured. Putin has become, in the words of Senator Angus King, the new Hitler, out to grab the Ukraine and the rest of Eastern Europe. The full-throated cries for war, echoed shamelessly by the press, are justified by draining the conflict of historical context, by elevating ourselves as the saviors and whoever we oppose, from Saddam Hussein to Putin, as the new Nazi leader.

I don’t know where this will end up. We must remember, as Putin reminded us, that Russia is a nuclear power. We must remember that once you open the Pandora’s box of war it unleashes dark and murderous forces no one can control. I know this from personal experience. The match has been lit. The tragedy is that there was never any dispute about how the conflagration would start.

He raises some good points, but it feels more pro Russia than I feel about it, at the moment.

I’m not pro russian but we’ve spent decades fomenting this current shit show and stepping beyond our boundaries. You back a dog into a corner they’re probably gonna bite.

Fuck the Russians, I hope the Ukranians survive and come out stronger.
For now the Ghost of Kyiv gives people hope and I’m more than happy to watch the videos of Ukranians ambushing Russian troops. Russians crying for their mothers as they bleed out and die is a warm feeling for me. 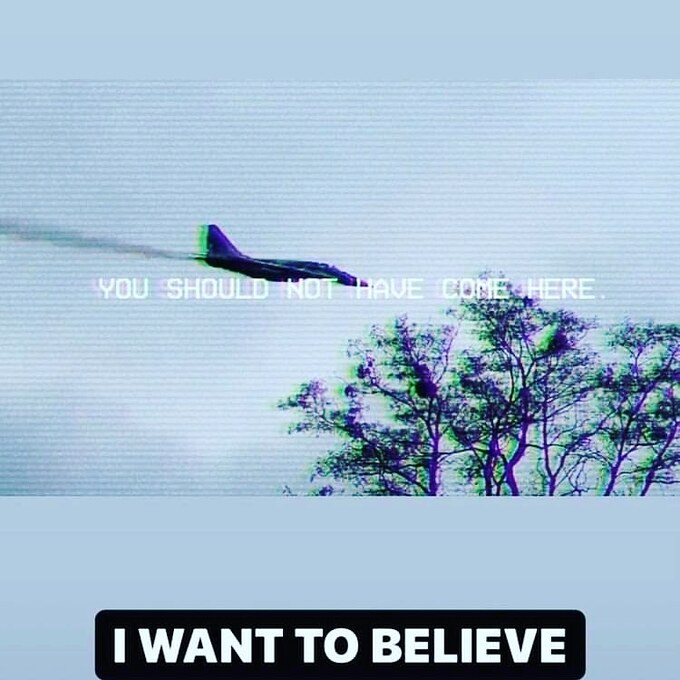 Both countries are chock full of racist, bigoted neanderthals, hopefully they’ll remove one another from the planet.

Every country has racist, bigoted assholes.
Nuke us from orbit.

Those two are worse than most… may the best nazi win…

Their shit looks like a bad WW2 movie, waiting for some WW1 style trench warfare. I wanna see Putin shirtless in a tank with a Col Klink eyepiece. 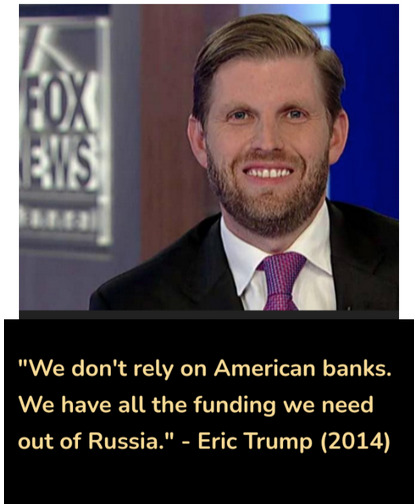 Ukraine has been fighting trench warfare for years.

You’re a little late and some info short.

You should go help your relatives.

If I had the option- I’d support Ukraine in person in a heartbeat.