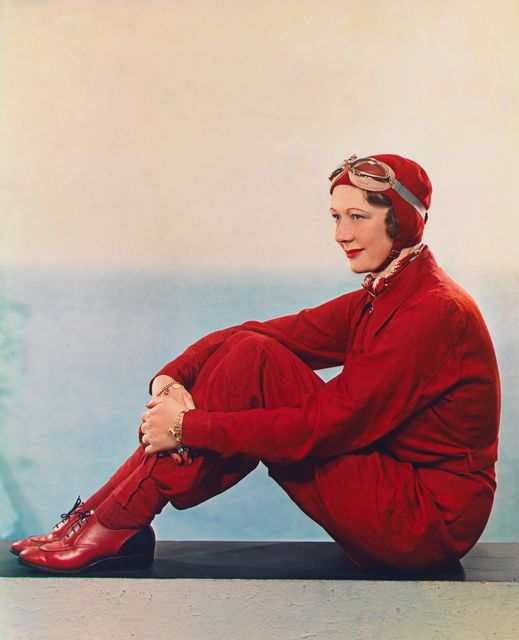 was a British racing driver and aviator. She was described as “swashbuckling” and was a distinctive figure in motor racing, dressed in cherry-red from head-to-toe whenever she appeared at the race track. I like to imagine her thinking, when she sat for this portrait, “If I should die on the track, I want to be buried in these shoes.”

Born wealthy, she raced at the nearby Brooklands track and collected racing cars. Early on, she lapped the track at over 120 mph, granting her the right to display a coveted British Automobile Racing Club badge acknowledging the achievement. In 1928 she became the first woman elected to the British Racing Drivers’ Club.

And OMG, those shoes are to die for.