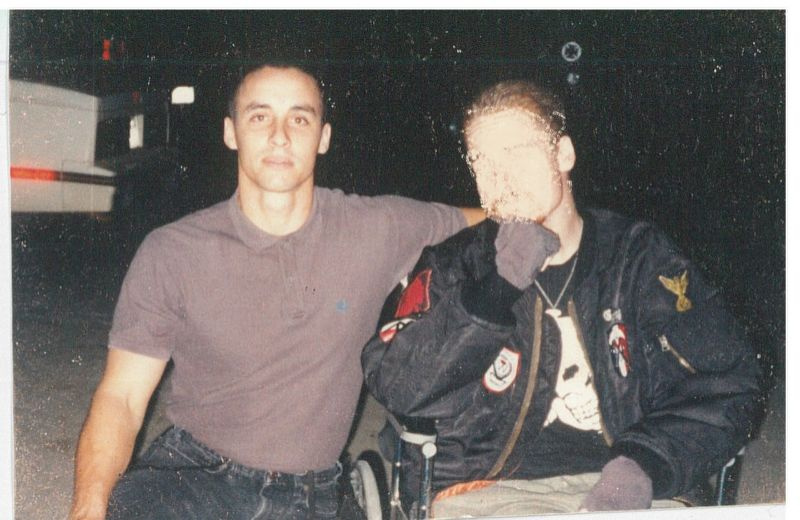 A reformed neo-Nazi says President Trump is partly to blame for legitimizing the white nationalism that exploded in Virginia last weekend.

Chuck Leek, 49, of San Diego, was involved in a number of racist skinhead groups, including the White Aryan Resistance and the Hammerskins, from roughly 1987 until 2001, and spent time in prison for assault with a deadly weapon.

In the aftermath of the violence in Charlottesville, Va., Yahoo News spoke to Leek about his history with white supremacy, the rise of the alt-right and what he thinks caused it.

“The message [Trump] was putting out during the election cycle absolutely parroted in a lot ways the message that we were putting out when we were Nazi skinheads trying to recruit people to that cause,” he said.

Leek’s old talking points included blaming immigrants for the problems of native-born Americans, pushing for the construction of a border wall and singling out Muslims.

“It was a thinly veiled appeal to that white nationalist sentiment. It’s something that I felt until recently was on the decline,” Leek said.

To no one’s surprise, Matt Heimbach’s ‘renunciation’ of fascism turns out to have been short-lived.