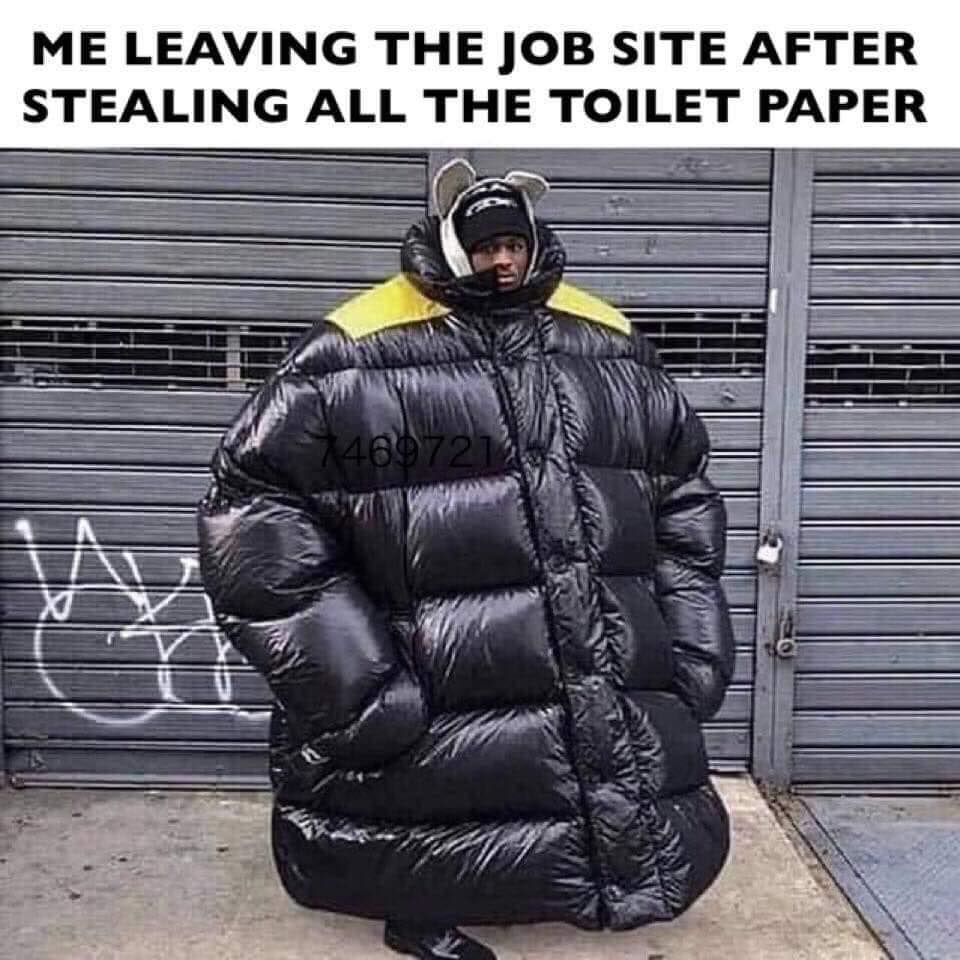 Why do we have this thread when we don’t approve of Chris Matthews? It’s okay to make bad jokes for us but not okay for people on tv?

That’s the reason i put it here…its imho a pandemic tp hoarding joke. But the model being a certain color, I thought here would be the place to put it to defuse judgements of racism.
Maybe that’s me whitesplaining.

But that aside, point taken, i will study on it.

I’m not talking about you, but the whole thread.

I don’t know if you noticed but I’ve stayed away without saying anything for a long time.

The sexism thread is similar…I don’t participate in that much either.

We can’t move forward without either everyone chilling out and having the same standards for everything or stopping this kind of stuff everywhere.

What do you call a Native American ghost who plays accordion?

Why do we have this thread when we don’t approve of Chris Matthews?

The thread has been up over five years, 126 replies, about 25 posts a year or TWO posts a month on average. Why are you deciding just now to not only fuss about it but also virtue signal and conclude with an imperative sentence? That’s a really serious question

The misogyny thread OTOH has only been sitting there for three years, and if I ever get around to splitting out the argument between Lotus and Wabbit {AND your handful of posts not liking its existence} it will only amount to about ONE post a month “on topic.” The impetus for creating this thread was a suggestion by Starling (who at the time was an active member.)

Interestingly enough, the said argument between Lotus and Wabbit was partly about the use of the imperative mood in a complaint. Might be worth a read.

Because many here were virtue signaling about Chris Matthews when we have this here?

Too difficult to figure out?

I’ll necro another post to show you how we traditionally have asked the forum operator to make changes in how the forum is run.

It may not be until in the morning.

Hmmm. It occurs to me, in the South they call it a racer, and a pianer. 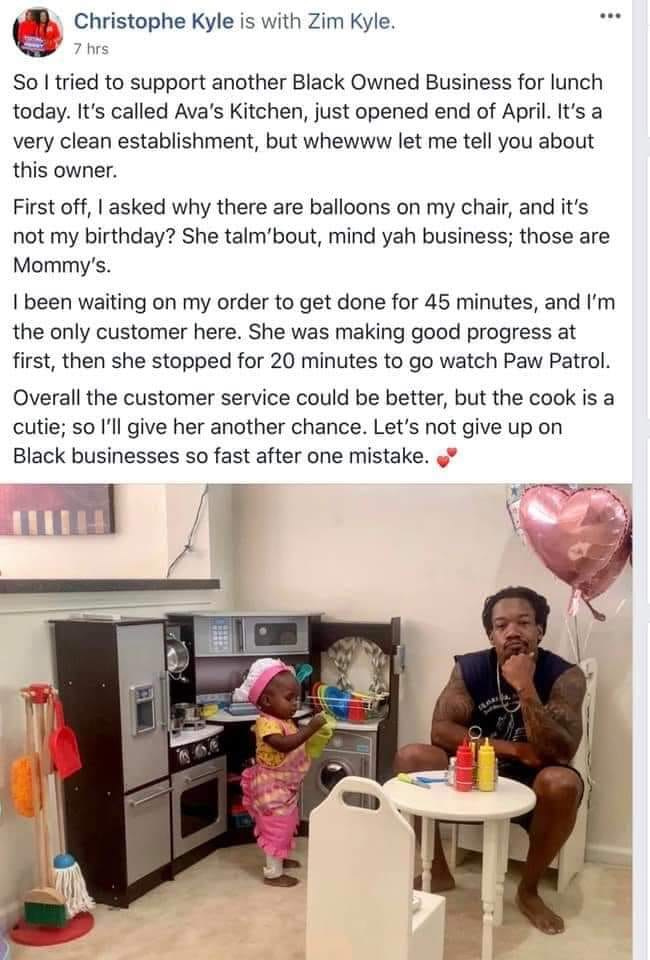 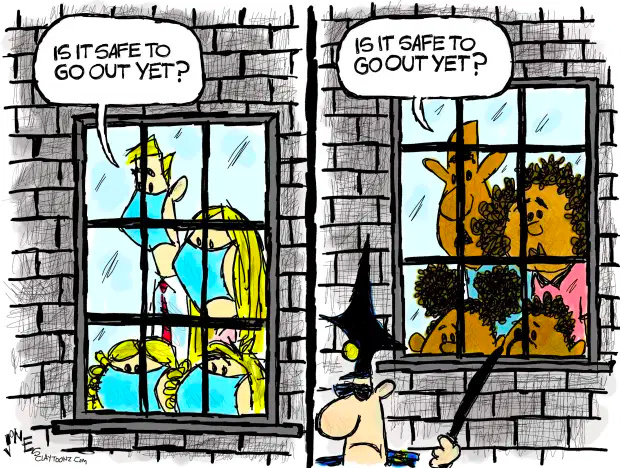 It’s not enough for white people to not be racist. White people now have to, need to be anti-racist. You need to speak out. It’s not enough that you “don’t see race,” and you’re probably lying when you say that. It’s OK to see race. But what you and I need to do is to join the fight against racism.

George Floyd was killed by police. Before they killed him, the police tortured him. They tortured him for 9 minutes in public, in broad daylight and in front of a crowd. The police believed they could get away with it. So far, they kinda-sorta have gotten away with it. While the cop who killed George Floyd and the three others who stood by and watched were all fired, none have been arrested or charged for any crimes. That is white privilege. It’s also police privilege.

While Donald Trump, as president (sic) has said he didn’t like what he saw, he has refused to say the police should be arrested or charged. Keep in mind, he’s screamed for President Barack Obama, Hillary Clinton, Congressman Adam Schiff, and even MSNBC Morning Joe host Joe Scarborough to be charged and arrested. That is white privilege along with moronic privilege.

When white people see what’s going on and they have more to say about a riot and burning businesses than they do about the killing of George Floyd, that is white privilege. That is also racism.

It’s white privilege to look at burning buildings and to just pass it off as not having anything to do with the killing of George Floyd.

It’s white privilege to scream having to wear a mask in public is a violation of your liberty and civil rights while not fighting for other people when their right to vote has been taken away.

It’s white privilege to look out your window and look forward to the day that we can socialize with friends, go to a bar or a restaurant, and return to normal.

When a black American looks out their window and see police killing another black man, they see we are returning to normal.

And when we can all go back outside, it will be back to normal for them because they don’t have our privilege.

White people, you have white privilege. You couldn’t get rid of it if you wanted to. But you can use it to help our fellow Americans get that same privilege. The racist dog lady weaponized race. Weaponize your white privilege for our fellow citizens because it’s just as much their country as it yours.

It’s not enough to not be racist. Be anti-racist.

It’s also not okay to avoid those places that make you uncomfortable as a white person and pretend that you aren’t racist when you are. When you see a whole class of individuals, be it for the sports team they support, for the place they live or for the poverty in some of those places.

You can’t be an ally as long as they are the “other”.

I’m sure Clay’s or my understanding is not complete.

Yeah, I did consider the Karen thread for this. Choices are hard sometimes. 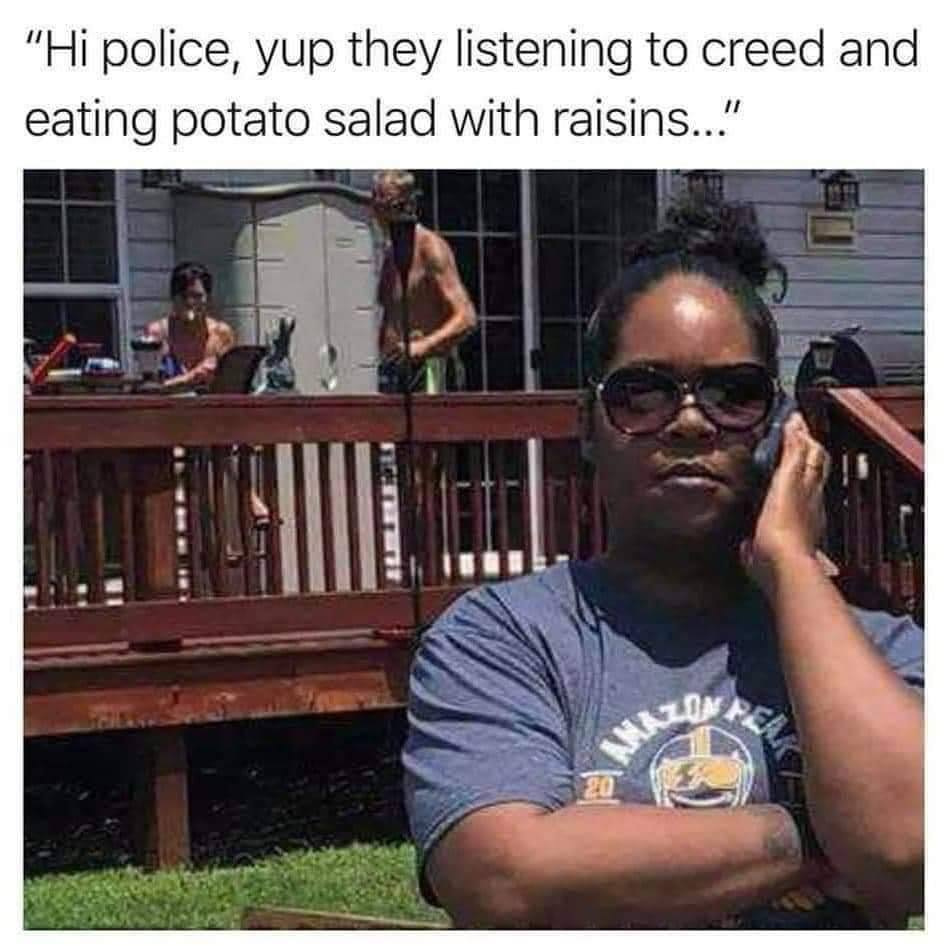 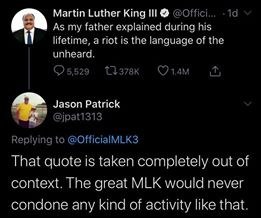 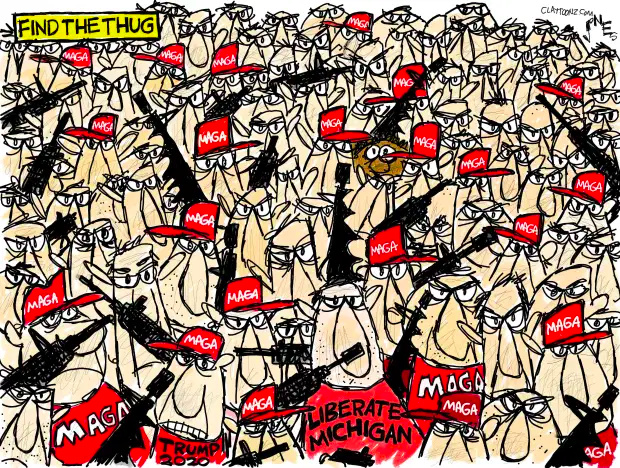 For example: The president (sic) of the United States doesn’t see his own hypocrisy when it comes to race. He didn’t just endorse white gun nuts storming Michigan’s state capitol building. He egged them on. He tweeted to the governor of that state to “make a deal” with the protesters because they were “good people” who are angry. Contrast that with protesters in Minneapolis. Donald Trump tweeted, “When the looting starts, that’s when the shooting starts.” Those in Michigan wearing MAGA shirts with signs saying they want haircuts, and a few with nooses and Nazi imagery, were “good people” to Donald Trump. Those in Minneapolis are “thugs.”

I don’t totally understand looting. I don’t condone looting and vandalism. But I do realize it is a form of protest. If you argue it’s not, then I encourage you to take a history course and refresh your memory on the Boston Tea Party. Even then, the white rioters dressed up as minorities. You’re upset about looting and vandalism but you were also pissed off about the black football player taking a knee. Donald Trump said “fire that son of a bitch.” Donald Trump never said to strike a deal with Colin Kaepernick, who is still unable to get a job in the National Football League.

People say the racist cop who killed George Floyd is an exception. Not all police are racists. We should trust the police. Then, the Minnesota State Police arrest a black journalist (leaving the white ones untouched) then later state they let him go after verifying his credentials. Yet, he was on TV showing them his credentials. That was not one cop lying about arresting a black journalist. That was the entire department lying about arresting a black journalist. The lie was the State Police’s official statement. Tell me again why we can trust the police? They can’t even stop lying during a race riot. Do you want to solve race problems and distrust with the police? Start by being honest.

It took days for there to be charges against the cop who killed George Floyd. Even then, there are only two charges. Black Americans know if the shoe was on the other foot, it wouldn’t have taken days for there to be charges and there would be a lot more than two. They also understand that as deals are made, charges are reduced. As one black American pointed out on CNN last night, A black suspect will start with 15 charges and hope to get down to two. With George Floyd’s killer, he’s already at two. What’s it going to be reduced to?

And you wonder why cities are burning. The entire system is broken in this nation.

Before you can fight racism, you have to be able to spot it. White America is failing.