In 1963 Jane Goodall witnessed a male chimp she named Mike (who was near the bottom of the male dominance hierarchy), walk over to her tent and take an empty kerosene can. Then he picked up a second empty can, and thus ‘armed’, walked upright staring at the other males. He stopped, began to rock from side to side, and his hair slowly began to stand erect. He then started a series of loud pant-hoots. Suddenly he was off, charging toward the group of males, hitting the two cans together ahead of him. The cans, together with Mike’s crescendo of hooting, made the most appalling racket as all the troop fled. He made straight for Goliath - the reigning alpha – and even he hastened out of Mike’s way. Then Mike stopped and sat, all his hair on end, breathing hard. His eyes glared ahead and his lower lip was hanging slightly down so that the pink inside showed brightly. And so, for a short while, Mike became the alpha-male of the troop because he had discovered that loud noise intimidated his fellow primates. As time passed, though… the other chimps became less and less intimidated by the cans. They figured out Mike was all bluster - a big show… and eventually, Mike was ignored and before long near the bottom of the hierarchy once again. 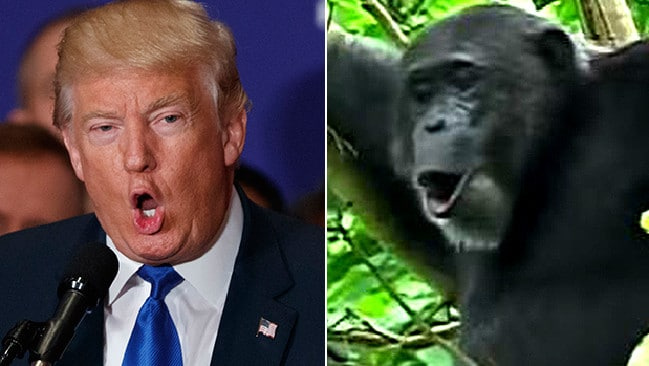