Built and driven by Gar Wood, this boat has been fully restored and has been reunited with her custom-built Miller 1,113 cid supercharched V-16 motors which produce 1800 hp apiece. This was his finest and favorite creation and as many as 600,000 would show up on race day 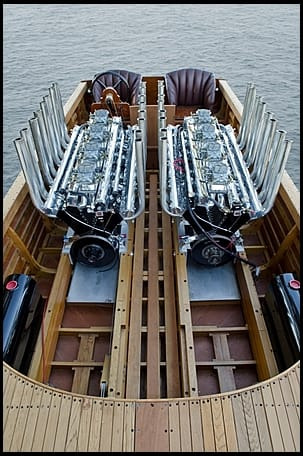 That would be awesome for wake boarding!

I can almost see Professor Fate launching his torpedo at The Great Leslie.

I had to read the OP four times before I realized there weren’t 600,000 boats with Big Blocks entered into this race each year.

Yeah, sorry for the C/P bad grammar. Ed Miller was a successful builder of engines for Indy racecars in the twenties and well beyond, but they were mostly 4 cylinder. Seems he built these two engines for a boat racer with a lotta money, and they’re the only two marine engines he built AFAIK.

No apology necessary, I had a good laugh over my misread. This, and one of the dadjokes I saw over at PunHub yesterday in rabbitholesurfing, reminded me of how much I miss Bigduke.

Gar Woods had about an 8 year run as the Speedboat King. In 1932, knowing the Brits were coming with a RollsRoyce Merlin powered boat, he put together his fastest ever boat which set a record at 125 MPH that stood until sometime in the Sixties. He defended the title in '33 and then retired.

Miss America X, also called U-10, was powered by FOUR supercharged Packard V-12 aero engines of 1237 CID each, about 20 liters per engine. The boat was a sled, weighed about 8 tons but made about 6400 total horsepower at 2000 RPM.

The video is in case you always wondered what four giant V-12s would sound like. 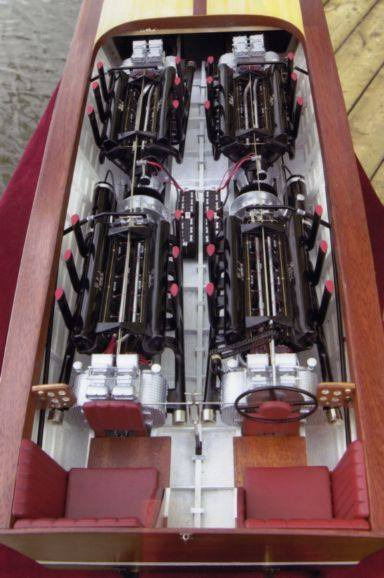 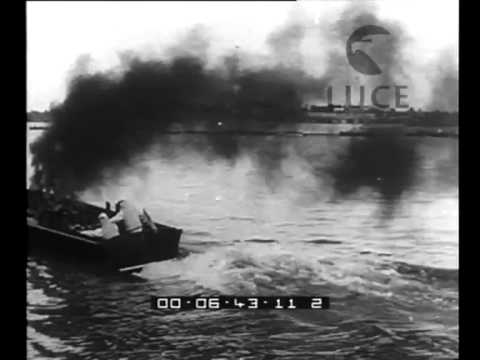