Admin if this isn’t the right thread for this, I blame Gay marriage…

That hurt my eyes, Ape. Ouch.

I dunno Apey, someone may be needing a scrotum transplant.

Bob goes into the public restroom and sees this guy standing next to the urinal. The guy has no arms. As Bob’s standing there, taking care of business, he wonders to himself how the poor wretch is going to take a leak.

Bob finishes and starts to leave when the man asks Bob to help him out. Being a kind soul, Bob says, “Ah, OK, sure, I’ll help you.” The man asks, “Can you unzip my zipper?” Bob says, “OK.”

Bob pulls it out and it has all kinds of mold and red bumps, with hair clumps, rashes, moles, scabs, scars, and reeks something awful. Then the guy asks Bob to point it for him, and Bob points for him. Bob then shakes it, puts it back in and zips it up. The guy tells Bob, “Thanks, man, I really appreciate it.” Bob says, “No problem, but what the hell’s wrong with your penis?” The guy pulls his arms out of his shirt and says, “I don’t know, but I ain’t touching it.”

A beautiful woman loved growing tomatoes, but couldn’t seem to get her tomatoes to turn red. One day, while taking a stroll, she came upon a gentleman neighbor who had the most beautiful garden full of huge red tomatoes.

The woman asked the gentlemen,“What do you do to get your tomatoes so red?” The gentlemen responded, “Well, twice a day I stand in front of my tomato garden naked in my trench coat and flash them. My tomatoes turn red from blushing so much.”

Well, the woman was so impressed; she decided to try doing the same thing to her tomato garden to see if it would work. So twice a day for two weeks she flashed her garden hoping for the best.

One day the gentleman was passing by and asked the woman, “By the way, how did you make out? Did your tomatoes turn red?”

“No”, she replied, “but my cucumbers are enormous.”

Two tigers are stalking through the jungle when the one in the rear suddenly reaches out with his tongue and licks the butt of the one in front.

The lead tiger turns and says, “Hey, cut it out, alright.”

The other tiger says “sorry” and they continue on their way. After about five minutes the rear tiger suddenly repeats his action.

The front tiger turns angrily and says," I said don’t do that again!"

The rear tiger says “sorry” again and they continue.

After about another five minutes, the rear tiger repeats his action.

The front tiger turns and says, “What is it with you, anyway? I said to stop.”

The rear tiger says, "I really am sorry, but I just ate a Republican, and I’m just trying to get the taste out of my mouth.”

A friend of mine recently admitted to being addicted to brake
fluid. When I quizzed him on it he reckoned he could stop any time.

I went to the cemetery yesterday to lay some flowers on a
grave. As I was standing there I noticed 4 grave diggers walking about
with a coffin, 3 hours later and they’re still walking about with it.
I thought to myself, they’ve lost the plot!

My daughter asked me for a pet spider for her
birthday, so I went to our local pet shop and they were $70! No way, I
thought, I can get one cheaper off the web.

I was at an ATM yesterday when a little old lady asked if I
could check her balance, so I pushed her over.

My neighbour knocked on my door at 2:30am this morning, can
you believe that, 2:30am?! Luckily for him I was still up playing my bagpipes

I woke up last night to find the ghost of Gloria Gaynor standing at
the foot of my bed. At first I was afraid…then I was petrified.

A wife says to her husband you’re always pushing me around and
talking behind my back. He says what do you expect? You’re in a
wheelchair.

I was explaining to my wife last night that when you die you get
reincarnated but must come back as a different creature. She said she
would like to come back as a cow. I said you’re obviously not
listening.

The wife has been missing a week now. Police said to prepare for
the worst. So I have been to the charity shop to get all her clothes
back.

The wife was counting all the pennies and nickels out on the kitchen table
when she suddenly got very angry and started shouting and crying for
no reason. I thought to myself, “She’s going through the change.”

Local Police hunting the ‘knitting needle killer’, who has stabbed six
people in the village in the last 48 hours, believe the attacker could
be following some kind of pattern.

Just got back from my friend’s funeral. He died after being hit on the
head with a tennis ball. It was a lovely service.

She was standing in the kitchen, preparing our usual soft-boiled eggs and toast for breakfast, wearing only The ‘T’ shirt that she normally slept in.

As I walked in, almost awake, she turned to me and said softly, "You’ve got to make love to me this very moment!”

My eyes lit up and I thought, "I am either still dreaming or this is going to be my lucky day!”

Not wanting to lose the moment, I embraced her and then gave it my all; right there on the kitchen table.

Afterwards she said, “Thanks,” and returned to the stove, her T-shirt still around her neck.

Happy, but a little puzzled, I asked, “What was that all about?”

She explained, “The egg timer’s broken.”

Q: What do you call a nanny with a breast implants?

A: The dumpster at the cancer surgery clinic.

A: They already fell for that trick once.

Q: What do you call a Spanish chick with no legs?

Q: How do you embarrass an archaeologist?

A: Give him a used tampon and ask him which period it came from.

Q: What do Dale Earnhardt and Pink Floyd have in common?

A: Their last big hit was “The Wall”

Q: Why do Asian girls have small boobs?

A: Because only A’s are acceptable

Q: What did one tampon say to the other?

A: Nothing. They were both stuck up bitches.

A: Line dancing at a nusing home.

Q: What’s the difference between 3 dicks and a joke?

A: Your mom can’t take a joke.

Q: Why did God invent the yeast infection?

A: So your girlfriend know what it’s like to live with an irritating c**t.

Q: How can you tell you’re in a tough lesbian bar?

A: Even the pool table has no balls.

Q: What’s the difference between a Sorority Girl and The Titanic?
A: They know how many men went down on The Titanic.

Q: What’s the difference between a Sorority Girl and the Atlantic Coast?
A: There’s fewer crabs in the Atlantic.

Q: What’s the difference between a Sorority Girl and a blow-up Doll?
A: Around 2 cans of hair spray.

Q: What’s the difference between a Mosquito and a Sorority Girl?
A: Once you slap a Mosquito, it will stop sucking.

Q: How can you tell who is a Sorority Girls boyfriend?
A: He’s the one with the belt buckle the matches the impression in her forehead.

Q: Why does a Sorority Girl have T.G.I.F. on the front of her shirt?
A: Tits Go In Front.

Q: What does the Bermuda Triangle and Sorority Girls have in common?
A: They’ve both swallowed a lot of seamen.

Q: Have you heard about the Sorority Girl virgin?
A: She hangs out with the Easter Bunny and Santa Claus

Q: What does a screen door and a Sorority Girl have in common?
A: The more you bang it, the looser it gets.

Q: What’s the white stuff you find in a Sorority Girls panties?
A: Clitty litter.

So last night the squeeze and I went to Primanti Brothers in Morgantown for dinner and they have big screens all over the damn place in the joint.

So we are sitting there and I’m watching the Pirates vs Detroit as we eat. It’s the top of the 3rd and the Bucs get a runner on first who just happens to be black.

Well about the 3rd pitch to the next batter he steals 2nd quite handily.

A little boy and his grandfather are raking leaves in the yard. The little boy finds an earthworm trying to get back into its hole.

He says, “Grandpa, I bet I can put that worm back in that hole.”

The grandfather replies, “I’ll bet you five dollars you can’t. It’s too wiggly and limp to put back in that little hole.” The little boy runs into the house and comes back out with a can of hairspray. He sprays the worm until it is straight and stiff as a board. Then he puts the worm back into the hole.

The grandfather replies, “I know. That’s from your grandma.” 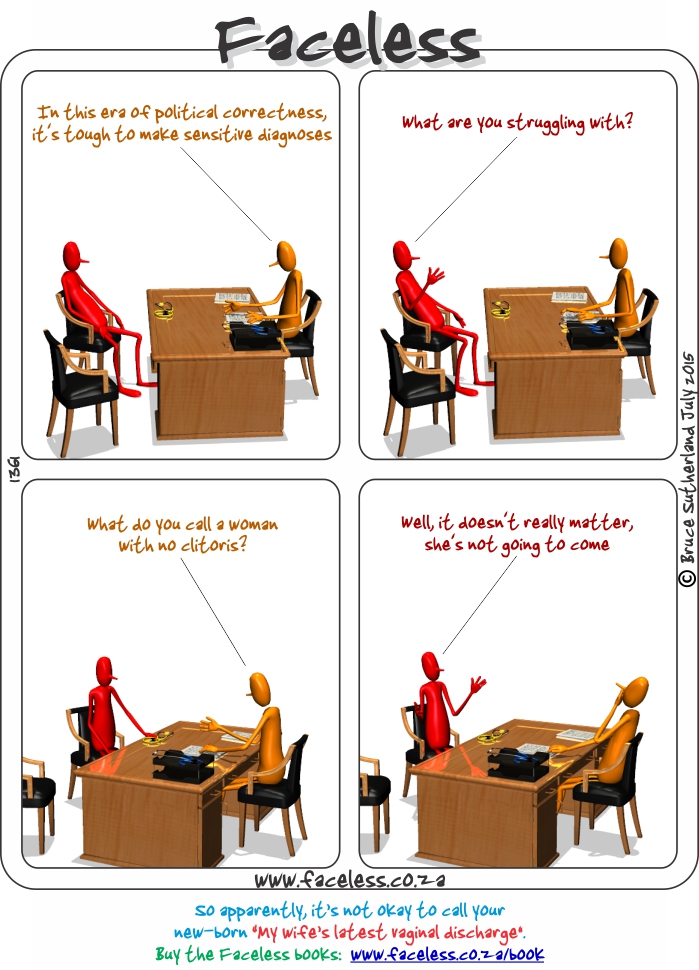 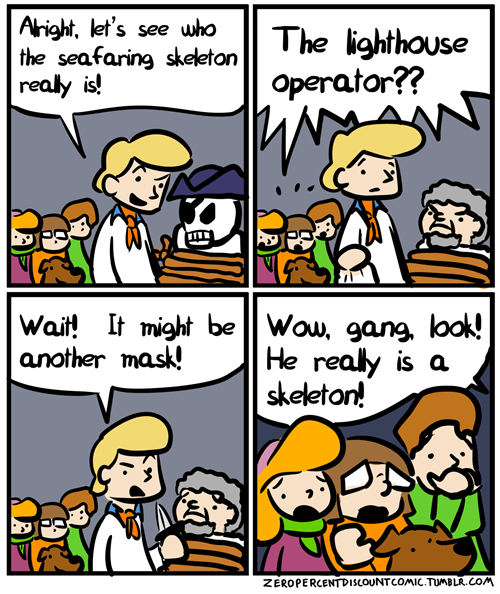