The erstwhile Buddy Hooligan cleans house at BC

Our pal ThugLife AKA Bigly Smellz just walked into a meat grinder.

The exchange starts on the prior page (8) although Buddy’s entrance is maybe a page earlier and covers his thoughts about several other posters. 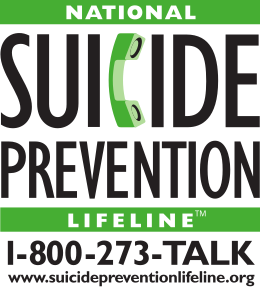 The song, Buried Alive in the Blues, has a spooky but distinguished history. It’s a sixteen-bar blues, kinda “white”, with an eight-bar refrain. The under-appreciated Chicago bluesman Nick Gravenites ("The Greek) wrote it for Janis Joplin on her request that he give her a song for her album Pearl which she was working on in the fall of 1970. Nick wrote the song, flew to L.A., taught it to her band and to her, and watched the band record the instrumental track. The band did some arranging since it was the Full Tilt Boogie band she had put together herself, her first real band, and had more of a Texas roadhouse feel than the Chicago sound of Bloomfield and Gravenites et al.

Janis rehearsed the vocal that same afternoon, but there are no rehearsal tapes extant. And that night, she OD’d and joined the infamous “27 Club.” The following morning she didn’t show up at the studio to record her vocal track. The “Pearl” album was released a few months later, cobbled together with what the producers could find (including the instrumental track for "Buried Alive.) The album was a huge seller, of course.

I think Paul Butterfield was first to record the song, later in 1971, and covered it again with his awesome Better Days band in 1972 or 3. Years later, Amos Garret (who played guitar with Better Days, and whom I’ve known since we partied a bit in college) covered it in one of his quirky solo albums. And Gravenites, who owns it, has performed it numerous times. Pretty sure there’ve been other covers, but I’ll just stick with those.

I don’t mind remaining in the dark, seems like a lot of dick swinging to me.

I don’t mind remaining in the dark, seems like a lot of dick swinging to me.

Now that you’ve joined the Bigly Smellz Dick Swingers Association, how does it seem?

Oh, is this how you avoid this conversation?

This word, “this” … I do not think it means what you think.

I think you don’t know what “butthurt” means, but it might help you to figure that out.

Your use of “that” is unclear. Actually I’m not aware of anything I need to figure out.

Evidently you’re not interested in answering the question I raised. Why the dickdance?

Too bad. You’re just as bad as Biggie. Actually worse, you pretend to be “straight” dissembler.