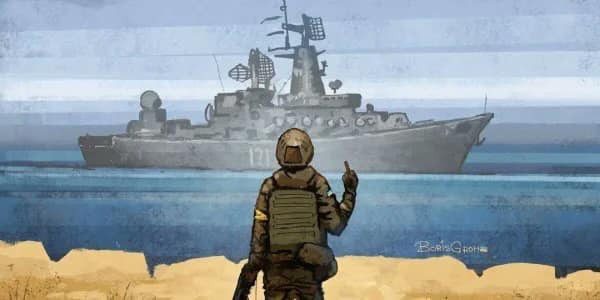 The ship in this image appears to be the Russian missile cruiser “Moskva” which at a bit over 600 feet is the flagship of Putin’s Black Sea fleet and is already familiar to Ukies from the Snake Island business.

So yesterday the stamp. And today Ukies are reporting that the cruiser is adrift and burning, after somehow meeting up with two Ukie “Neptune” cruise missiles.

The Neptune is a Ukie anti-ship missile modeled after the Russkie Kh-35 anti-ship missile, only with updated and enhanced electronics and range, which has been in service for about a year with the Ukie navy.

One of the late-nite dudes commented he hopes this is a “forever” stamp.

Also, a buddy of mine bought a T-shirt with this image on it. His wife will only let him wear it to poker

I bought this a couple weeks ago, I wore to the VA last week for a post op visit, a guy roughly my age came up to me and bellowed Slave Ukraini and shook my hand aggressively as I arrived, and then an elegant looking lady beamed a big smile at me as I was leaving pointing at the shirt.

Ukraine is one of the best football national teams in Europe.

currently on sale, for 13, plus usually a 6 dollar shipping fee

Rumors are the Moskva was sending out morse code for “sinking”

BBC this morning reports that Russia admits there was a magazine explosion caused by “a fire” of unstated origin, the crew has been evac’d and the ship will have to be towed to port.

If it’s true, as Ukraine claims, that Ukraine’s Neptune anti-ship missiles are the cause, it’s not a good look for the Russian navy since the ship’s three-tiered antimissile defenses evidently did not work as planned.

If it’s true, as Russia claims, that the explosion was caused by a fire of unexplained origin, that’s not a good look for the Russian navy either.

Either way, we know that Ukraine launched the postage stamp on Tuesday and on Wednesday the SHTF aboard the Moskva. 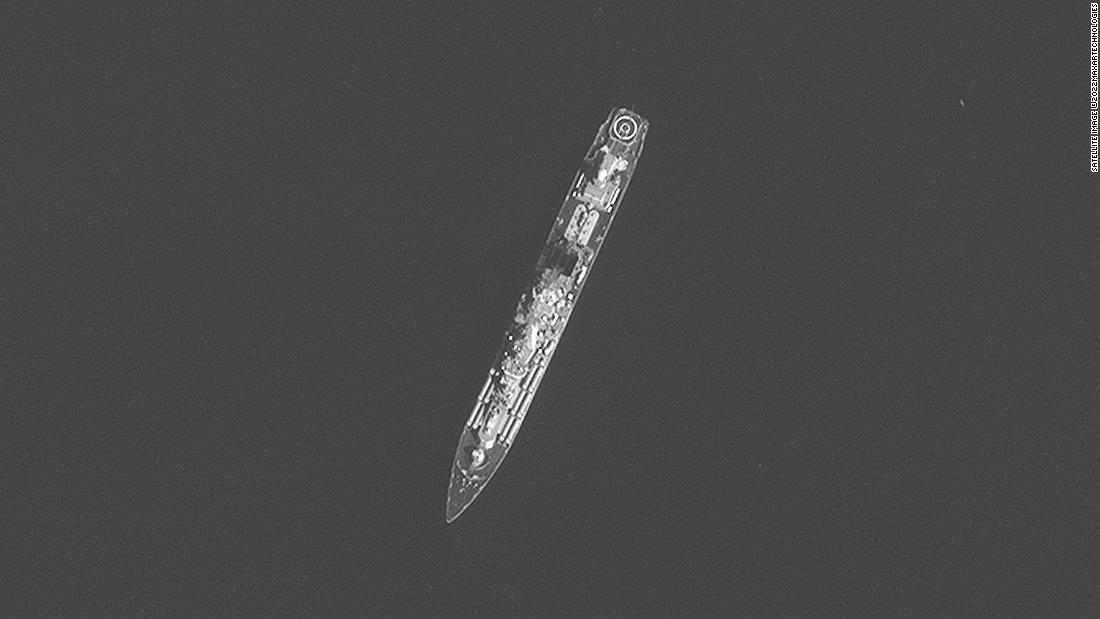 Russian navy evacuates flagship. Ukraine claims it was hit by a missile

One of the Russian Navy's most important warships has been badly damaged in the Black Sea, a massive blow to a military struggling against Ukrainian resistance 50 days into Vladimir Putin's invasion of his neighbor. 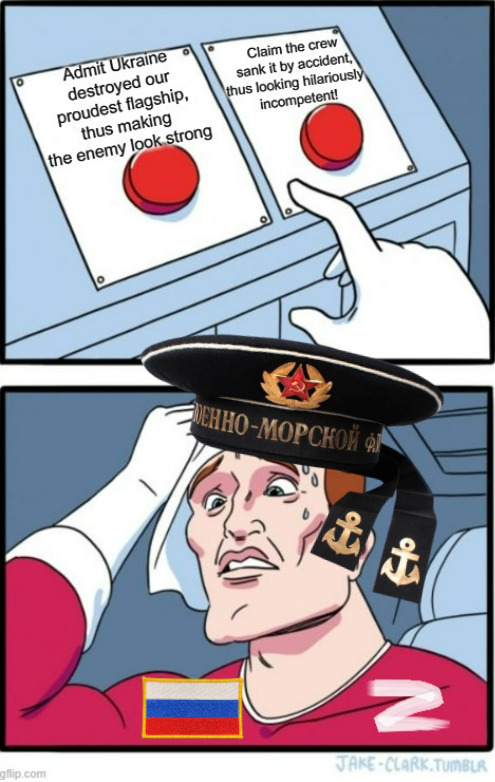 Hope they cut the towlines in time. 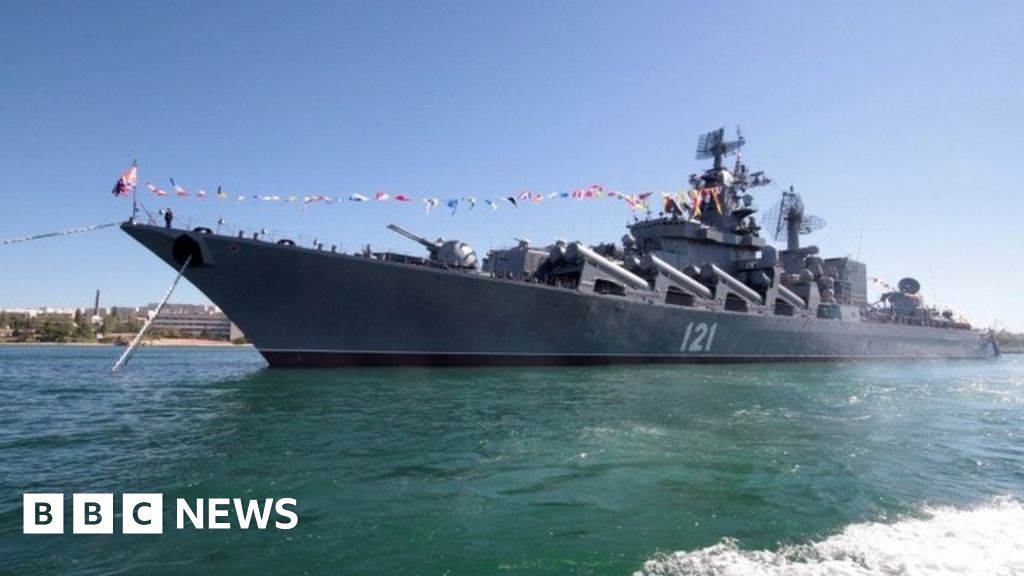 The warship sunk while being towed a day after Ukraine claimed to have hit it with a missile.

Welp there’s another hole in the water, Putin can pour rubles into. 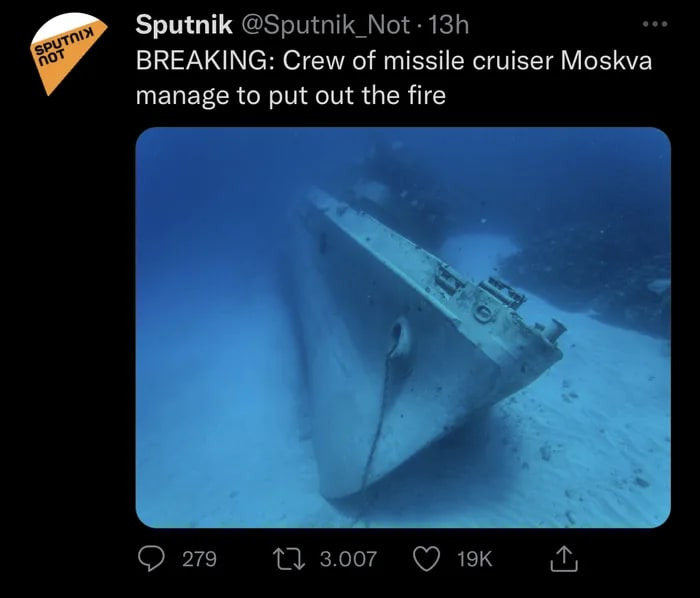 I think one of the biggest takeaways of this whole incident, the one that has made me chuckle on Wednesday, Thursday, Friday, Saturday and now Sunday (and will probably be a sweet memory in days to come as well) is that (as noted in the OP) the stamp issue and the missile attack brought home to me the importance of heads of state (Zelenskyy) having some experience as comics. A guy like Trump or Biden just doesn’t have that comic timing.

Another Russian tub is on fire off of Snake Island. Some wiki-editor left this behind (since changed to “unknown”: