I left the Cashew, and there seem to be a few misunderstandings about that

In the thread Rejected - cbt is gone, a number of people feigning to be astute enough to discuss a server migration at CBT demonstrated clearly they lacked the requisite wit and/or understanding. Most of the chatter is of the TL;DR variety but I found myself taking exception specifically to a few comments where I believe the poster simply knows better and is just being willfully obtuse. I’ll comment on those posts as follows.

LOL. It is gone tho, isn’t it? … Would have been fun to slip in camo & trigger them … Seems they don’t know that “CBT” is used worldwide for “Cognitive Behavioural Therapy”

I would remind cc that (1) I’ve previously invited her to visit here but evidently she suffers from an abundance of paranoia; and (2) there is no one here likely to be triggered by her capering, other than Cindy who no doubt would eventually tire of seeing said caperings. But (3) cc is not in a position to speak of snowflakes getting triggered, given the stone fact that no one may post anything she doesn’t like on HER subforum, lest it vanish before the electrons are even dry. And (4) CBT can also denote a host of other word strings, including Cross Boundary Team. Hellz, there’s a long list at thefreedictionary.com/acronyms as well as a list for the acronym TBC , wherein one finds Toilet Bowl Cleaner among other choices.

It’s a forum full of the most pretentious, far left, faux intellectuals you will ever see on this rock. It’s basically a petri dish overflowing with grievance ideology and terminal TDS. The only thing it is good for is possibly research fodder for a psychological study on how extreme liberalism and an adherence to CRT creates halfwitted individuals who enjoy orgasmic pleasure derived from reveling in their own self-appointed sense of moral and intellectual superiority.

I would remind Renee that she’s spent five dollars worth of venom on what is essentially a nickel problem. It’s ironic as hell that she doesn’t recognize Preaching To The Choir as just another cheap Troll Trick, one that’s been around since before the internet was even invented. They do this same thing at TBC also, just from the other side of the aisle. As trolls go, it’s easy enough to ignore.

I know the CBT gang has no use for my penny pinching, but I was willing to meet them half way. Fash knows that I have wanted centre-left for civil discussion. But, the CBTer’s don’t seem capable of doing that.

I’ll remind seoulbro that I began with him by taking this oft-repeated claim of his seriously, and had a few conversations with him in which I discussed the topic with an open mind, most civilly, yielding a point or two whilst he yielded nothing at all. But all I had to do was bring up the general topic of James M. Buchanan, Public Choice theory, Charles Koch, and the Nancy MacLean book “Democracy in Chains” to turn his “civil discourse” claim into a gigantic JOKE. That thread is still there, should he wish to refresh his memory. Better luck next time.

I want to say I’m a little disappointed in the way Peaches departed here…I know he didn’t get along with many posters here, but I thought he had no issue with Cronus and I.

Correct as to Cronus, I don’t think we’ve ever had an issue. And you and I have both made the effort. But there are two things… one is, you invited me to a secret social place where I promised to be nice, no trolling or flaming, and subsequently you brought both Stubby and Poofie in there and allowed them to flail away at me until they got bored with it. And two, after Cindy reported your forum to your host you stated you were going to “kick me out” of that social place because I had turned out to be “a snake.” That is as illogical as Mel blaming you for stuff RW did as admin here. I am not Cindy – and if you can’t see that, I’ve evidently misplaced my trust in you.

Stubby knows by now that I find his 2009 characterizations of me (as well as his endless air claims) to be tiresome at best. But I’ll comment on this one because it bears on what I told Fash a couple of years ago when Stubby (ThugLife) showed up at the Cashew with his new running buddy Martini in tow, and set out to schmooze Shen Li and Fashionista up, no doubt in pursuit of one of his dank schemes. And Fash asked me privately what I thought of one of his proposals and I counseled her against trusting him.

So now, let us look at this claim that Stubby Smellz has made, the one I quoted. In order for this to be true, Stubby would have to have executed a Long Troll by having Dovey start a thread there in Rejected about what a pack of haterz was at CBT, and judiciously fluff the thread in order to troll up a “Fash, let’s you and them fight” contest and hope one of them would report the other to their host. And then he’d have to count on Fash to turn on me due to “guilt by association.”

But wait…all of that shit DID happen, right? Was it coincidence, or was it all by Stubby’s design? I’ll have to let you be the judge, but evidently he thinks HE gets the credit for my leaving TBC. It’s not nearly as impressive a feat as me trolling his vertically challenged ass out of TrollValhalla when he was an admin there, but still there might be some cold comfort there for him. After all, he did post at StinkyGonadz recently that he’d spent the last decade or more of his life hating me, so maybe this will help him out. I just think he should thank everyone who helped him, though, and give Fash the credit.

And one last thing – alla y’all can KEEP the Rejected sub. It’s a sure recipe for trouble, to allow folks with grudges to post anonymously. 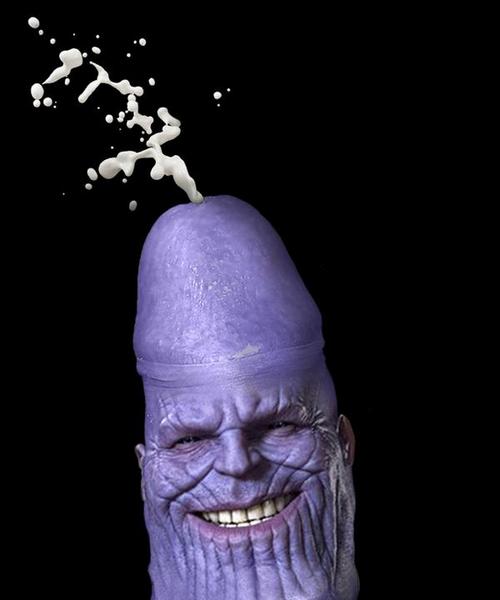 Stubbys been on the war path since he was awarded this new avatar. Poor little fella

Hey Spoon, ok if I leave this here for a minute?

I never reported anyone to their host

, but they should be aware most companies aren’t interested in hosting racists and bigots these days, it’s bad PR…

Anyways, I had never heard of any of these people before. It’s hilarious they all have a hard on for me…

Stubbys been on the war path since he was awarded this new avatar. Poor little fella

He’s having a tuff time at Bastard Factory, for sure. That roast thread is about to go into Page 6 now.

As I understand Spoon and I are all the rage in Rejected. Awesome. I hope the portly drunk Herman likes seeing himself on his Harley, or is that his GF? Hideous either way.