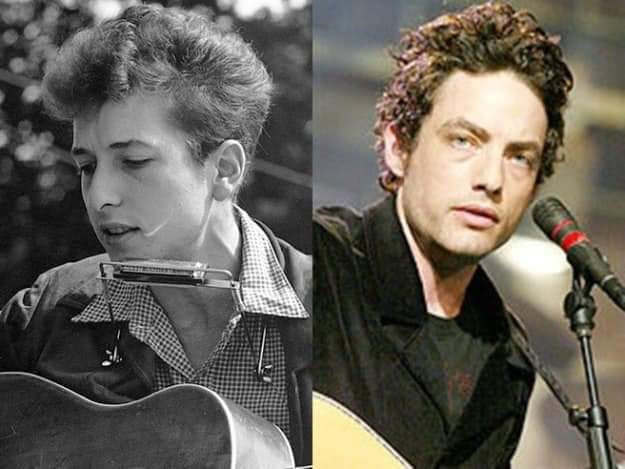 Jakob Dylan on his dad

If people want to talk about Bob Dylan, I can talk about that. But my dad belongs to me and four other people exclusively. I’m very protective of that. And telling people whether he was affectionate is telling people a lot

when I was a kid, he was a god to me for all the right reasons. Other people have put that tag on him in some otherworldly sense. I say it as any kid who admired his dad and had a great relationship with him. He never missed a single Little League game I had. He’s collected every home-run ball I ever hit. And he’s still affectionate to me." He paused and smiled. “Maybe he doesn’t want people to know that,” he said. “But I’ll tell you, because it’s my interview.”

I said, ‘Jakob, what goes through your mind when you listen to your father’s records?’ He said, ‘When I’m listening to “Subterranean Homesick Blues,” I’m grooving along just like you. But when I’m listening to “Blood on the Tracks,” that’s about my parents.’ I never asked him again."

“Look, he’s the best at what I do,” he said matter-of-factly. “I know that, and so do my heroes. I got to watch my heroes meet him and saw how they reacted, whether it was Joe Strummer or Tom Waits. It was peculiar. I’m so stoked to meet Tom Waits, and he’s so nervous to meet my dad. It’s a head spin.”