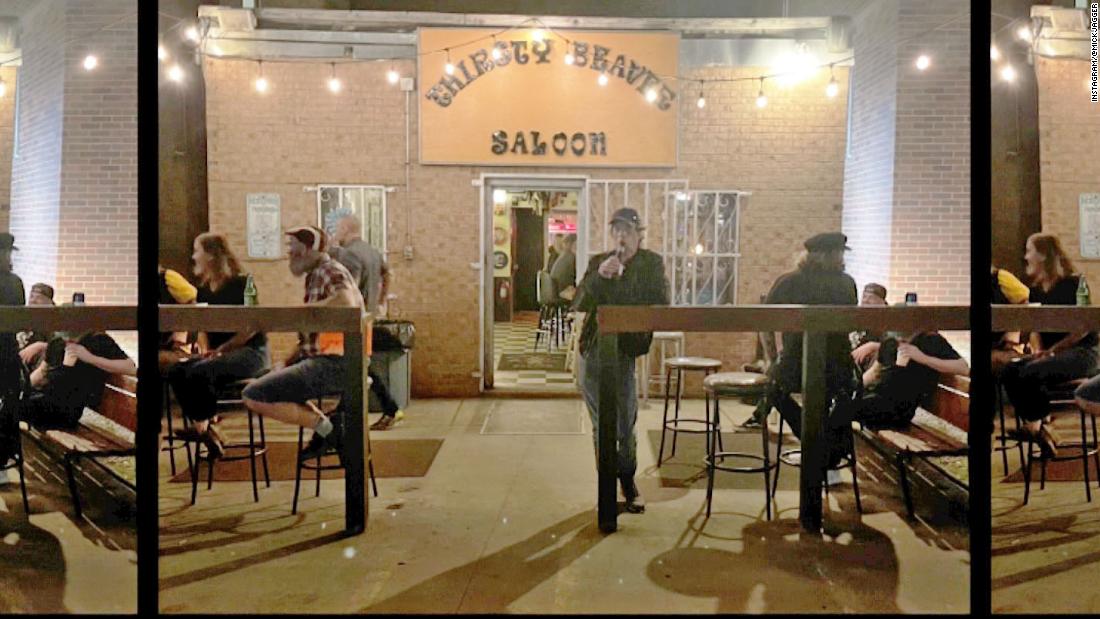 Mick Jagger gets a beer at a dive bar and nobody recognizes him. CNN's Jeanne Moos reports on the photo that rocked Stones fans.

A frog walks into a bank and approaches the teller, whose name plate says Patricia Whack.

Patty looks at the frog in disbelief and asks his name.

“Kermit Jagger. My father is Mick Jagger. It will be fine to authorize the loan, I know your manager.”

Patty explains that he will need to secure the loan with some collateral.

“Sure, how about this,” said Kermit as he produces a tiny porcelain elephant, about an inch tall, bright pink and perfectly formed. Very confused, Patty explains that she’ll have to consult with the bank manager and disappears into a back office.

Patty walks into the manager’s office and proceeds to tell her, “There’s a frog called Kermit Jagger out there who claims to know you and wants to borrow $50,000, and he wants to use this as collateral.” Patty holds up the tiny pink elephant. “I mean, what in the world is this?”

The bank manager looks back at her and says…“It’s a knickknack, Patty Whack. Give the frog a loan. His old man’s a Rolling Stone.”