Whar is wrong with the Republican party?

@votevets
Please take 2 minutes out of your day and watch @PeteButtigieg perfectly articulate why Republicans behave the way that they do, and how it harms people more than it could ever help. So well said, Pete. Thank you. https://t.co/xe51z4I3Qy
4 Likes
Wabbit May 7, 2022, 5:46am #2

If you have no policy to run on, the only way to win elections is to create wedge issues and generate irrational rage. The GOP has no ideas that benefit the American people. The Democrats do, but lack the political savvy to accomplish it, being bound by reality and empathy, which are considered weaknesses to the rage-driven.

When it comes to personal freedoms, the GOP’s libertarians have abandoned their libertarianism, and can’t be Democrats because of the idea that government can’t just let people do whatever, since we see what they will do.

So the idea isn’t unfettered freedom, but where do we draw various lines in keeping me from goring your ox while giving the most people at least some chance of improving their poor circumstances. The answer to that cannot lie in the extremes.

How do you account for the massive inflation that is ruining the lives of the working and middle class plus retirees? Gas was selling for around $2.29 a gallon when Trump the Terrible

left office. Truckers are now paying $1500 dollars a fill up when they used to pay $600, thus driving up the cost of food, etc…

He is deflecting. He doesn.t want to talk about his failure as an administrator.

It’s almost like the world has never seen rapid fluctuations in the oil markets before, Heck you Biden!

Oil was higher per barrel in 2008 and gas prices aren’t this high. This is oil company hijinks, no more.

Oil companies are pulling in RECORD PROFITS.
Record profits… means they’re raising the prices…not because their product costs more to produce, but simply…for profit. During a pandemic this is considered scalping.

And now, I must tell you the Republicans plans to tax the middle and lower class won’t help anything either. In fact, it will be detrimental. The Republican party needs to get away from Trickledown Economics to survive…and ditch Trump, but that’s another issue. Atleast the Blue idea of taxing the rich a total base rate (vs income) so people like Musk are actually paying taxes… will help.

So gas is also incredibly high in Canada so before anyone gets too blamey on the national stage, this is an international problem and will be for some time.

Putin is cackling about it.

I ask them how he’s raising prices in Canada. They say because of Keystone XL. Then I laugh and laugh until they leave.

If only they actually took to reading about it…

Who needs information and facts when you have your gut to lead you? 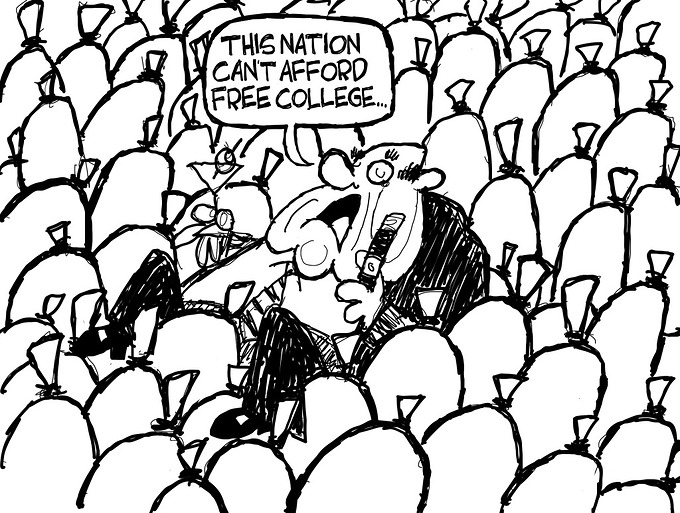