Princess Marks was arrested Friday when police found her children unattended in an SUV parked outside a Louisiana Walmart. When the 25-year-old returned to the vehicle, she allegedly told police she had been in her boyfriend’s car, in the same parking lot, going down on him.

Police found the Marks’s car with the windows down and engine turned off. Marks, who reportedly admitted she could not technically keep an eye on her kids while blowing her boyfriend, was charged with child desertion and released on $5000 bond the next day. The children, aged five and seven, were placed in the custody of relatives.

The New York Daily News reports that the little ones were “crying hysterically” when officers arrived at around 12:40 a.m.:

“Both of them were crying hysterically,” Officer Kim Myers the Calcasieu Parish Sheriff’s Office told the Daily News. “While the deputies were trying to calm the children down, Princess walked up about 15 minutes later.”
Something doesn’t add up here: If cops didn’t actually catch Marks in the act, why did she tell them about the blow job? Just making casual conversation, I guess. 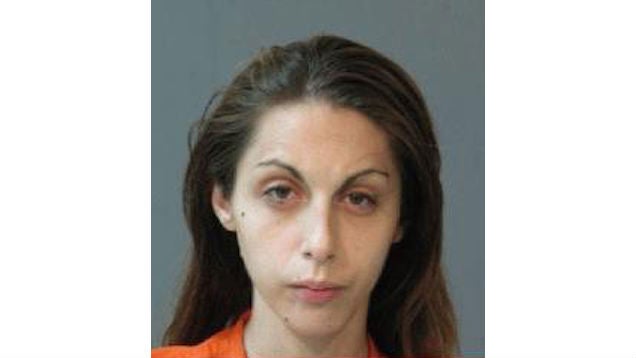 She’s gross on so many levels…

If she hadn’t admitted to police what she was doing they would have had to give her the “Cumbreathalyzer”.

At least she didn’t go to jail on an empty stomach.

The comments are funny:

Cops: Woman, 25, Left Her Two Kids In Unattended Car While She Performed Sex...

A Louisiana woman left her two young children unattended in her SUV while she performed oral sex on her boyfriend in his vehicle around 12:30 AM Friday, police report. Princess Marks, 25, reportedly

Little Debbie “Princess” Marks did not Admit to blowing her husbands drug supplier in the Walmart parking lot to the cops, she was caught in mid blow, not her first Rodeo, her mouth gets more traffic than the Holland Tunnel. seems this is a family tradition with the Marks’s who can’t ever seem to turn down an opportunity for a quick one in the back seat, there’s even been talk of certain In Breading that goes on.
this story was broadcast around the World, the Question is Can she ever live this down lol