With leaf blowers, the protesters appear to be winning this battle with the feds, who have launched an immense amount of tear gas https://t.co/A1D7dVhg0p
1 Like
Apeman July 25, 2020, 10:02pm #83 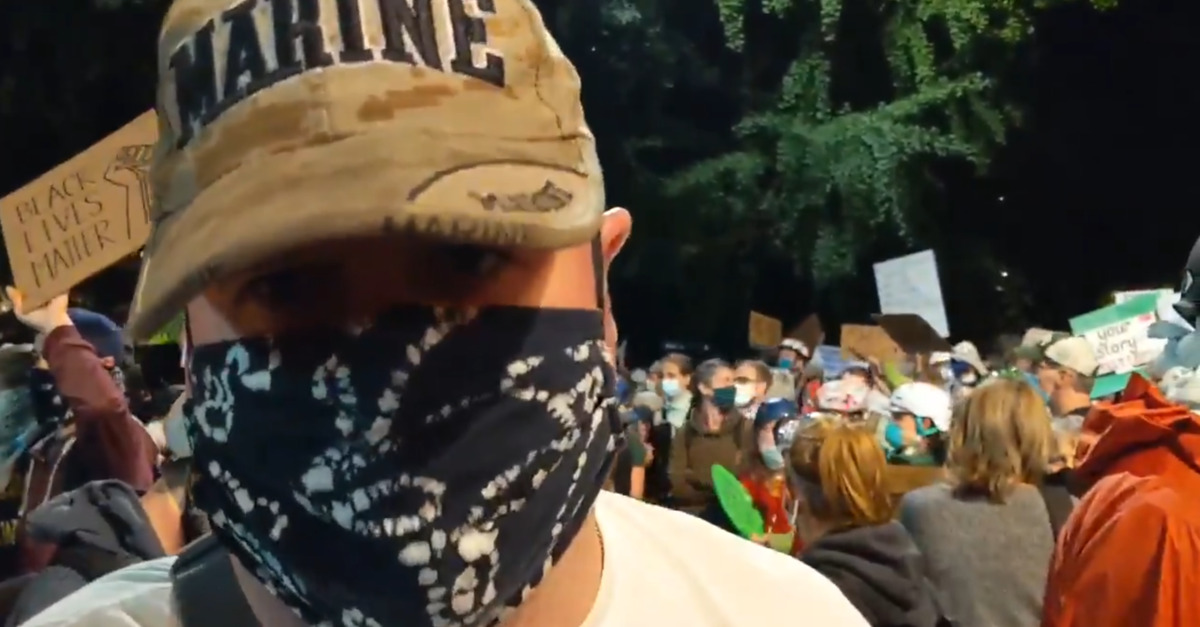 A group of military veterans joined Black Lives Matter protesters in Portland as part of an effort to protect them from Department of Homeland Security (DHS) forces on Friday night.

I think that’s probably what they use for the rubber bullets. Those fukkers are 20 or 30 mm in diameter.

Brought to you by the DHS, who turns into an adult today. Happy 18th, DHS. 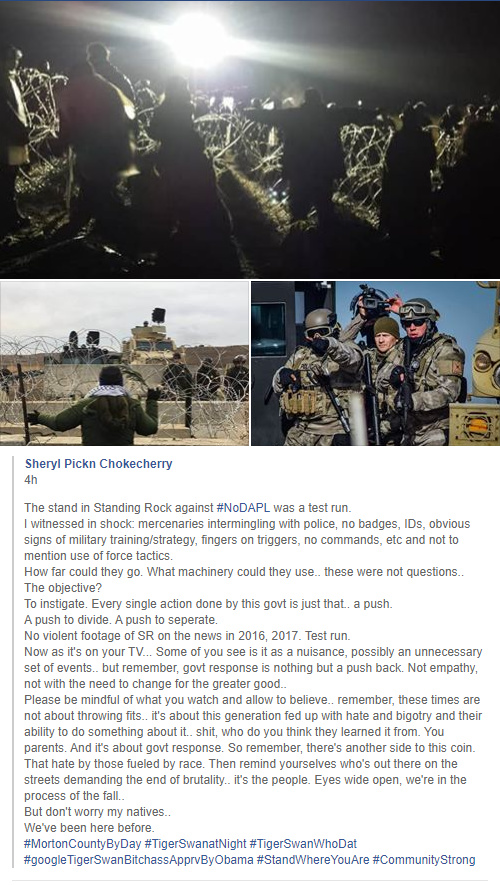 Feds pepper sprayed this Vietnam Veteran/photographer right in the face. His name is Mike Hastie. He was an Army medic. #PortlandProtests https://t.co/CLZwKvuTxH
Cindy July 26, 2020, 8:57pm #88 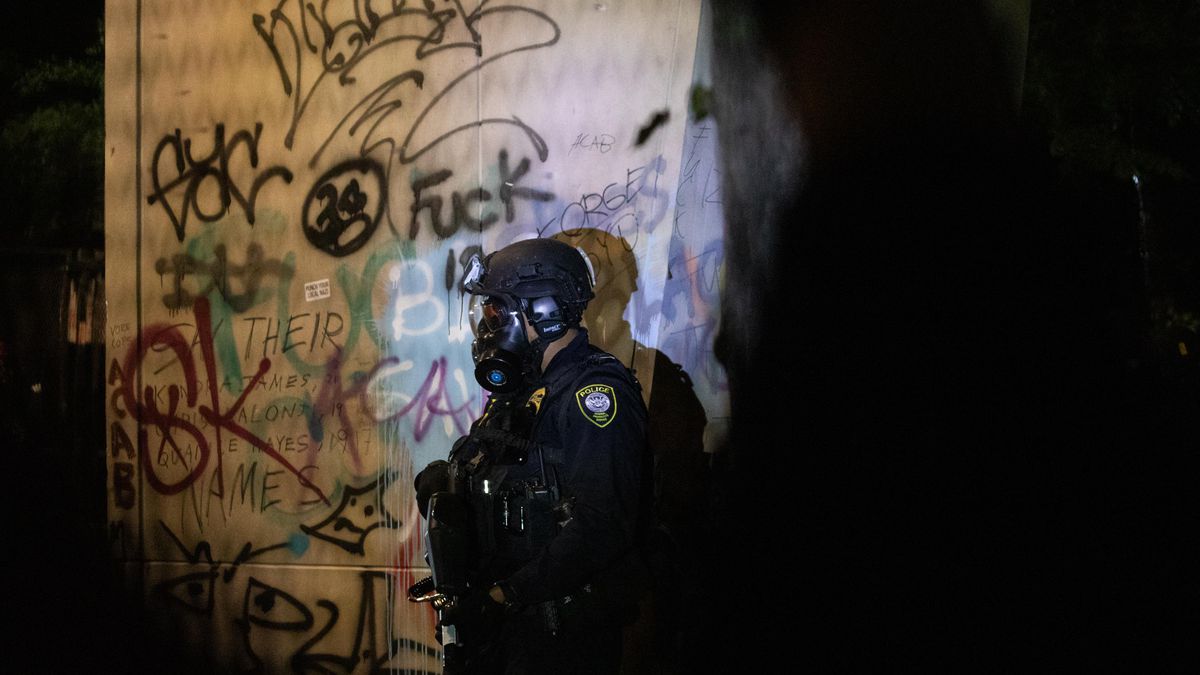 Several dozen additional federal law enforcement officers are deploying to Portland while federal officials are internally acknowledging they have contributed to the quick escalation between law enforcement and groups of protesters.

Translation: “Our efforts at pacification have failed, so we’re going to send in a few more pacifiers”

When hasn’t a “surge” worked before? lolz

I've been contacted by every major news organization regarding my footage of a veteran getting pepper-sprayed... except Fox News. I thought Fox and their viewers cared about our military?
Cindy July 27, 2020, 6:00am #92

ok! so, in addition to the smell of chlorine in the air and the observation of green gas, it is quite possible that the feds are using Adamsite, or DM gas (literally, who makes these abbreviations up) if you see green gas/smell chlorine, please document!!! en.wikipedia.org/wiki/Adamsite
Cindy July 27, 2020, 8:44am #93 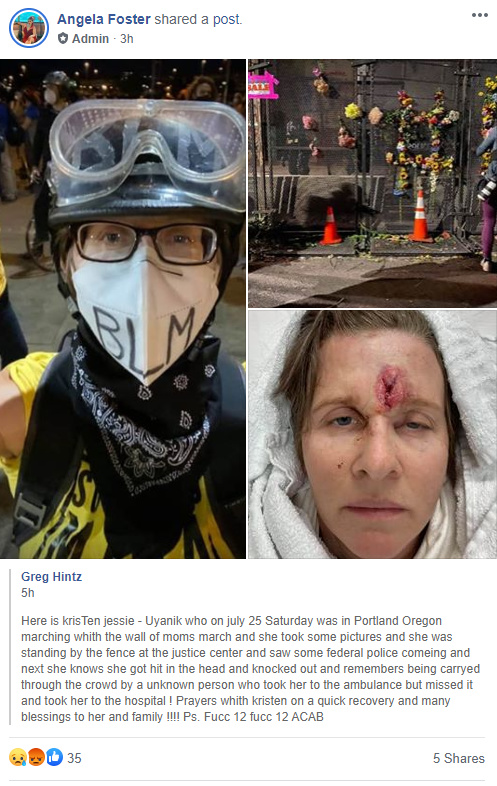 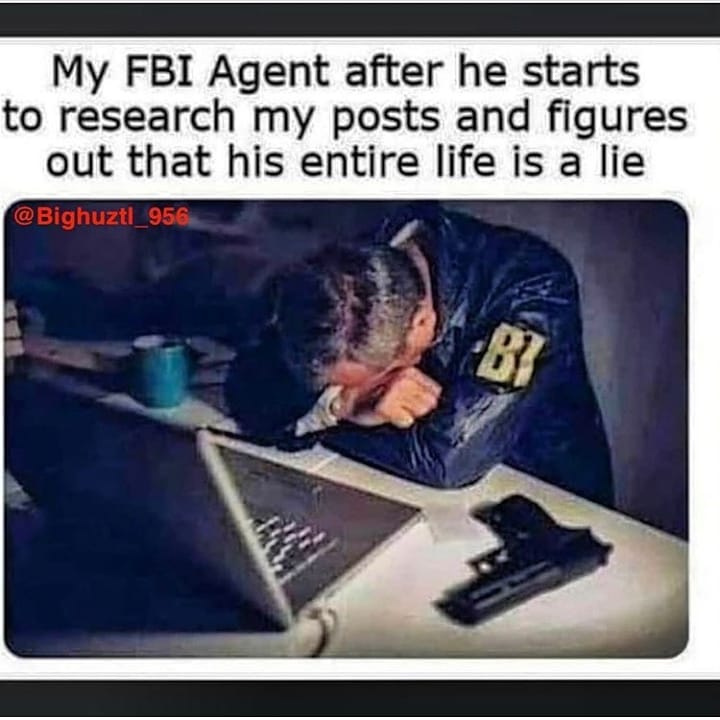 Those pigs were so brutal last night, Trump’s goon reinforcements are here… they’re really trying to leave no alternative but all out war. How long before someone who has their constitutional and civil rights violated shows up with a gun?

Fuck Ted Wheeler and the PPB too, it’s their fault they’re here… they’ll burn the whole city down and murder us all to protect their corrupt cops. Fuck them all to hell.

An absolutely horrifying moment last night in Portland. During an arrest last night, the feds hold the arrestee down *in the gas* unchecked, for a totally unnecessary period of time. https://t.co/0fbM3DxVdl
Cindy July 27, 2020, 5:41pm #99 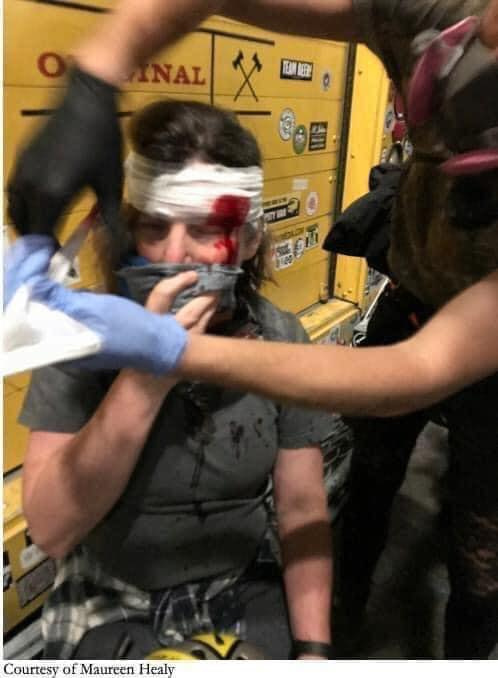 Professor Maureen Healy is the chair of the history department at Lewis & Clark College in Portland. (Maureen Healy - History - College of Arts and Sciences - Lewis & Clark) She was shot in the head by federal agents on Monday night and is recovering from the injury and the concussion, but shared a statement of her experience, and gave permission to share.

Since June, I have been attending peaceful protests in Portland neighborhoods in support of Black Lives Matter. I have gone with family and friends.

I am a 52-year-old mother. I am a history professor.

I went downtown yesterday to express my opinion as a citizen of the United States, and as a resident of Portland. Of Oregon. This is my home. I was protesting peacefully. So why did federal troops shoot me in the head Monday night?

I was in a large crowd of ordinary folks. Adults, teens, students. Moms and dads. It looked to me like a cross-section of the City. Black Lives Matter voices led the crowd on a peaceful march from the Justice Center past the murals at the Apple store. The marchers were singing songs. We were chanting. We were saying names of Black people that have been killed by police. We observed a moment of silence in front of the George Floyd mural.

I wanted to, and will continue to, exercise my First Amendment right to speak. Federal troops have been sent to my city to extinguish these peaceful protests. I was not damaging federal property. I was in a crowd with at least a thousand other ordinary people. I was standing in a public space.

In addition to being a Portland resident, I am also a historian. My field is Modern European History, with specialization in the history of Germany and Eastern Europe. I teach my students about the rise of fascism in Europe.

By professional training and long years of teaching, I am knowledgeable about the historical slide by which seemingly vibrant democracies succumbed to authoritarian rule. Militarized federal troops are shooting indiscriminately into crowds of ordinary people in our country. We are on that slide.

It dawned on me when I was in the ER, and had a chance to catch my breath (post tear gas): my government did this to me. My own government. I was not shot by a random person in the street. A federal law enforcement officer pulled a trigger that sent an impact munition into my head.

After being hit I was assisted greatly by several volunteer medics. At least one of them was with Rosehip Medic Collective. To take shelter from the teargas I was hustled into a nearby van. Inside they bandaged my head and drove me several blocks away. From there my family took me to the ER. I am grateful for the assistance, skill, and incredibly kind care of these volunteer medics.

We must take this back to Black Lives Matter. Police brutality against Black people is the real subject of these peaceful protests that have been happening in my city and across the country. What happened to me is nothing. It is nothing compared to what happens to Black citizens at the hands of law enforcement, mostly local police, every day. And that is why we have been marching. That is why I will continue to march.

The trumpeter is bleeding but still playing, backed by some drummers. https://t.co/GFGT54DLjl
← previous page next page →